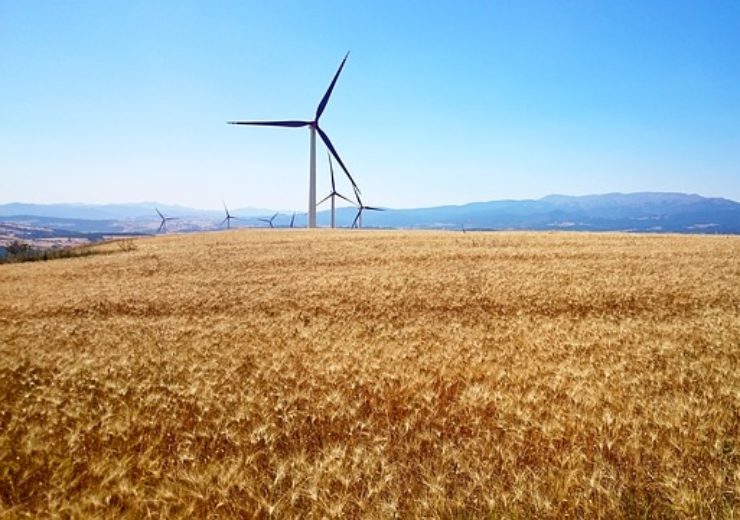 The recently published report, Economic Impacts from Wind Energy in Colorado—Case Study: Rush Creek Wind Farm PDF, provides the results of quantitative and qualitative analyses. By using modeled and empirical data, the NREL team developed an informative picture of the economic impacts of wind energy development in rural Colorado—results that could apply to other states as well.

Highlighting the importance of domestic manufacturing, the study focused on the economic impact of jobs, earnings, gross domestic product (GDP), and gross economic output during the relatively short construction phase and the longer-term operation and maintenance phase.

“Rush Creek is unique because its 300 2-megawatt (MW) wind turbines were all manufactured in Colorado facilities,” said Jeremy Stefek, NREL researcher and lead author of the report. “This gave us the opportunity to study the jobs and economic activity supported by wind energy’s manufacturing and supply chain in Colorado.”

The Rush Creek Wind Farm spans four rural counties on the Colorado’s eastern plains (see Figure 1). Installing wind turbines manufactured in the same state increased the farm’s economic impacts to Colorado. Using an in-state manufacturer also decreased transportation time and costs, as wind turbine components were delivered to the installation site by truck rather than rail. Wind turbine components, such as the blades, towers, and nacelles, were manufactured and assembled in Colorado using several in-state suppliers for subcomponents. Some parts and materials, however, were sourced from out of state. For example, nacelles were assembled in Colorado, but the subcomponents within the nacelles (such as generators and electronics) were manufactured elsewhere.

Using empirical data, modeled data, and market research, NREL researchers created a set of assumptions to represent the economic scenario for the Rush Creek Wind Farm. Based on the analysis, the Colorado statewide economic impacts from Rush Creek are shown in Figure 2. Another JEDI analysis estimates the economic impacts of Rush Creek in the area where the development is located.

The JEDI analysis shows that it’s not just the construction phase of a wind plant that creates economic impact. The Rush Creek Wind Farm will support 180 long-term jobs and $20 million in GDP in Colorado annually throughout the operation and maintenance phase of its anticipated 25-year lifespan. In addition, Rush Creek will provide an estimated $45 million in landowner lease payments and approximately $62.5 million in property taxes during the 25-year life of the project.

Qualitatively, researchers interviewed 39 community members near the Rush Creek Wind Farm to collect empirical economic data as well as first-hand knowledge of community-level impacts during wind farm construction. Interviewees included local business owners, managers, employees, county commissioners, and economic development office representatives. Providing insight into actual effects of the wind farm on the local people and economy, most interviewees stated that the Rush Creek Wind Farm is one of the reasons business had increased over the past year.

The empirical research found that:

28% of respondents hired new people in the previous year

56% of employees worked more hours than the previous year.

Although interviewees were overall supportive of wind development, many reported challenges from wind farm construction stemming from the influx of temporary workers to their communities, including:

Inability for some local businesses to keep up with increased demand

A small pool of qualified local candidates from which to hire.

However, even in the face of these challenges, community members indicated that local businesses and business development organizations support wind construction.

By considering the results of this Colorado case study, rural communities can be better informed and prepared to maximize local economic benefits of future wind development and address the challenges as well.