Mitsui, Gulf to proceed with 2.5GW power project in Thailand

Mitsui & Co. in partnership with Gulf Energy Development Public (Gulf) has agreed to move ahead with the 2.5GW Chonburi Natural Gas Power Project, a gas-fired thermal power station to be built with an investment of around JPY170bn ($1.49bn) in Thailand. 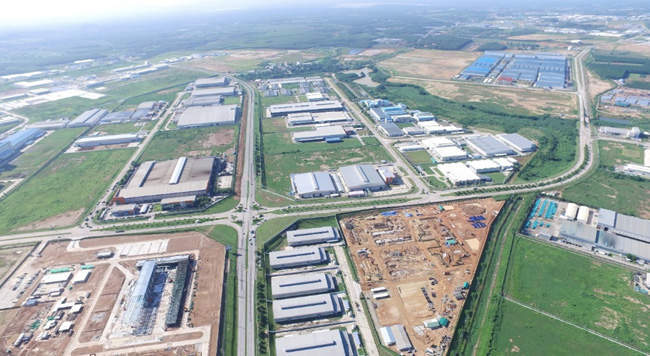 The Chonburi Natural Gas Power Project will be located in the Chonburi Province, some 130km southeast of Bangkok. It will be developed, constructed and operated by Gulf SRC, a project company owned by Thailand-based electric power company Gulf (70%) and Japanese conglomerate Mitsui (30%).

The new combined cycle power plant in Thailand will comprise four units of 625MW each. Earlier this year, Mitsubishi Hitachi Power Systems (MHPS) was awarded a contract to deliver four of its M701JAC gas turbines.

Mitsui revealed that the fuel for the new gas-fired power plant will come from natural gas including imported LNG under the long-term gas sale agreement with PTT Public Company.

The Japanese firm expects work on the Chonburi Natural Gas Power Project to commence by the year end with the first unit targeted to be operational in March 2021. The four-unit combined cycle power station is expected to be completed in October 2022.

“Mitsui will contribute to the smooth development and operation of the project by using knowledge gained through its experience with electric power business in Japan and overseas, and by strengthening collaboration with Japanese companies and financial institutions with which it has business relationships,” Mitsui said in a statement.

The Chonburi Natural Gas Power Project is backed by a 25-year power purchase agreement with the Electricity Generating Authority of Thailand (EGAT), which is Thailand’s state-owned power utility.

The power project will be financed by Japan Bank for International Cooperation, the Asian Development Bank (ADB), and 10 other commercial banks in Japan, Thailand, and other countries. ADB has signed a $227.7m loan agreement with Gulf SRC in this regard.

“ADB’s financing of Gulf SRC will support the creation of a cleaner and more affordable source of energy generation in Thailand.”