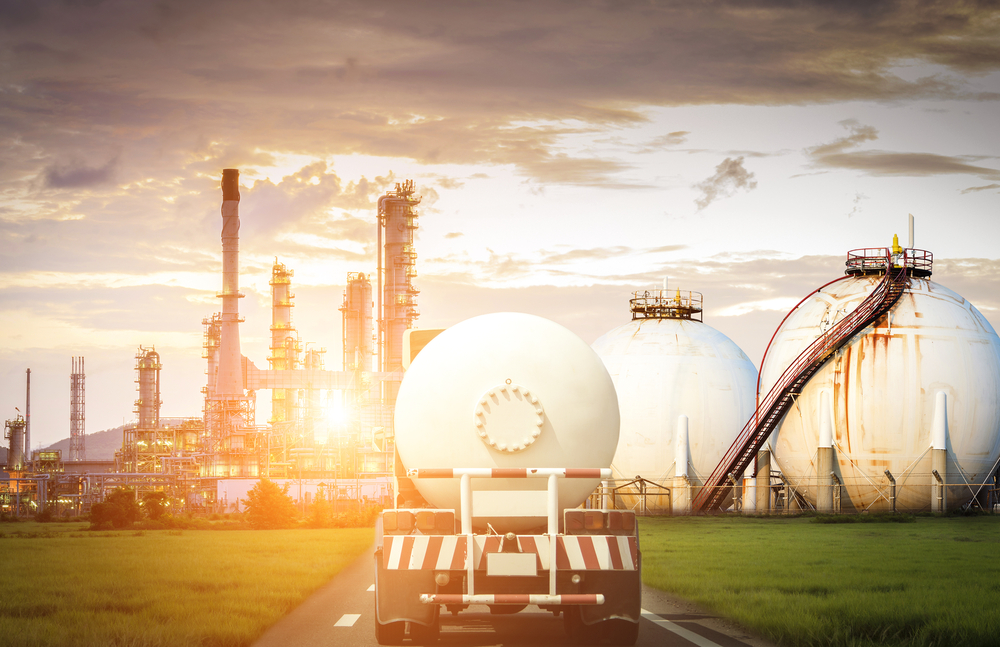 In the first 11 months of 2020, Wood Mackenzie said trucked LNG demand increased by 35% year-on-year, due to its “price competitiveness” (Credit: Shutterstock/tonton)

In Hebei and Jiangsu, spot prices reached about 10,000 Chinese renminbi per tonne – equal to $28 per million British Thermal Units (mmbtu) – on 21 December, the highest since December 2017.

Prices then dropped sharply, only to increase again when another cold spell hit the country in late December, although failing to reach the previous week’s peak.

Commenting on the trend, Wood Mackenzie research director Miaoru Huang, said: “The price spike came as a huge surprise to market participants. Before winter started, consensus was that there would be a well-supplied market with subdued trucked LNG prices, as was the case for most of 2020.

“As a result, trucked LNG supply had been tightened to make room for piped gas in the current winter season.”

Trucked LNG makes up less than 20% of China’s total gas demand annually, according to Wood Mackenzie. But the energy researcher noted the nation’s prices are “highly sensitive to market balance”, especially in winter when it acts as an “important peak-shaving source”.

Wood Mackenzie said logistical issues have added to the price hike this season, with cold weather disrupting LNG transport, as roads were frozen.

Additionally, a fire at Guangxi Beihai LNG terminal in southern China forced the facility, which has a maximum receiving capacity of six million tonnes (Mt) per annum, to cease operations until late December.

“As demand was sluggish before winter, city gas distributors did not ask upstream suppliers for enough additional supply in winter piped gas contracts. As a result, some of them were caught by the sudden demand surge and had to resort to trucked LNG.”

In the first 11 months of 2020, Wood Mackenzie said trucked LNG demand increased by 35% year-on-year, due to its “price competitiveness”.

It added that demand continued to increase at a time when trucked supply was reduced and, following the unexpected tightening, market sentiment further pushed up spot prices.

“Reportedly, all three NOCs have domestic production in full swing and Russian pipeline flows to China are above contracted levels.”

Since the severe gas shortage in the winter of 2017/18, China has built more flexibility on the demand side, such as seasonal pricing, winter gas contracts where uncontracted demand will be met only at market prices, and interruptible demand, according to Wood Mackenzie.

In the worst case, it said coal facilities have been allowed to restart. For example, Beijing restarted two coal-fired power units in late December to generate heat, in addition to two units already starting in November.

Huang said: “The tightness in December is unlikely to result in much upside in LNG demand imports in December and January. There is not enough time for LNG importers to secure prompt supply.

“Through curtailing demand and mobilising domestic supply, China would be able to ease demand pressure to some extent. The main LNG importers – NOCs that have adjusted their winter gas contracts – are not obliged to meet all peak demand.

“Besides, the international market lacks prompt cargoes and spot prices are high, which will limit China’s LNG demand upside.”