Centrica Storage has received a contract to process gas supplied from the Tolmount field in the Southern North Sea, at its Easington gas terminal. 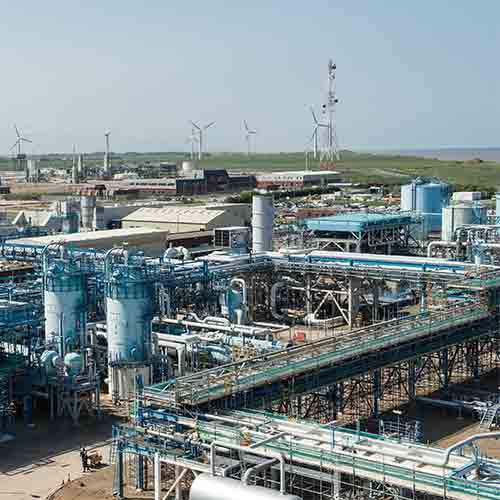 Image: The Easington gas terminal in the UK. Photo: courtesy of Centrica plc.

The £120m contract has been awarded by the Tolmount joint venture and infrastructure partners which include Premier Oil, Dana Petroleum and Humber Gathering System.

The contract will enable Centrica Storage to extend the life of its gas terminal at Easington, Yorkshire, until at least 2030.

Centrica said that the project will create hundreds of jobs during the construction phase and securing 80 over the lifetime of the contract.

The firm will make modifications to the terminal to allow it to receive and process the gas from the Tolmount field, via a new gas pipeline.

Work at Easington will include upgrades to compression facilities, and improvements to the control room which allows the minimal facilities platform at the Tolmount field to be controlled from the terminal.

Gas processing at the terminal is scheduled to commence in winter 2020, when the field begins production. The field is expected to have an operational life of 10 to 15 years.

Centrica Storage managing director Greg McKenna said: “This contract is a significant achievement for CSL. The terminal at Easington has a long and successful history of receiving and processing gas from third parties, and this reinforces CSL’s position as a strategic gas processing hub for many years to come.

“We’re pleased to have created several hundred jobs in the region in the short term, and secured the long term future for nearly a hundred more.”

Located on the East Yorkshire coastline, the Easington Terminal is equipped to receive and separate natural gas from Rough storage facility and deliver it to the National Transmission System.

In 2017, Rough ceased operation as a storage facility and is currently operating as a producing facility.