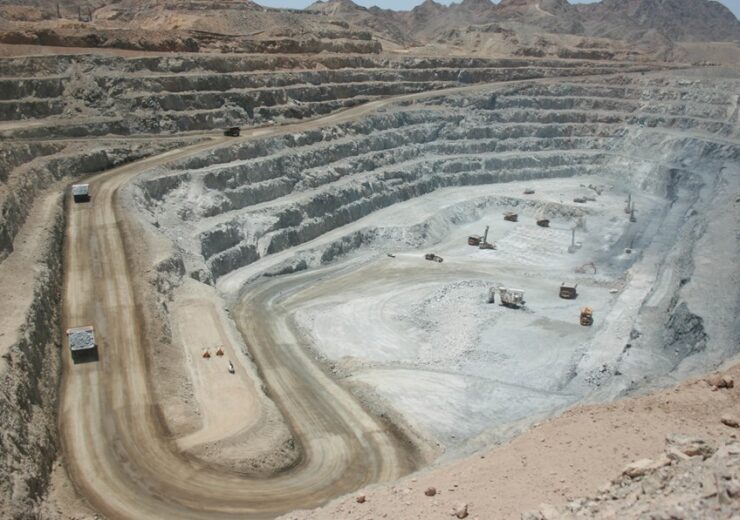 The Sukari gold mine in Egypt. (Credit: Centamin plc)

Centamin has disclosed a three-year plan for targeting production of 450,000-500,000 ounces of gold per annum from 2024 at its Sukari gold mine in Egypt.

The West Africa-focused gold miner has allocated capital expenditure (CAPEX) of $750m for FY20 to FY23. This includes CAPEX of $225 for FY21.

The company has wrapped up phase 1 of the two-phase life-of-asset (LOA) at the Egyptian gold mine.

Phase 1 is said to be the basis for preparing a three-year mine plan, aimed at delivering production growth in the medium term.

The company said that phase 2 of the LOA is currently assessing additional opportunities at the Sukari gold mine to further enhance operating costs and productivity.

After completing the phase 2, the company expects to unveil an updated life of mine plan in the fourth quarter of 2021.

Centamin also revealed its intention to reshape its business, while investing to achieve operating stability and consistency.

Another goal set by the miner under its three-year plan is to improve its focus on generating cash flow. It will look to target a reduction of $100m in its gross annual cost base by 2024.

Centamin CEO Martin Horgan said: “Today we are setting out how we will unlock Centamin’s potential. We have already strengthened the board and management as we embark on a programme to optimise Sukari and ensure it remains one of the world’s leading, low-cost gold mines for the long-term.

“By generating strong and sustainable cash flows, we will be able to exploit our excellent growth opportunities while delivering returns for all our stakeholders.”

In a separate announcement, the company said that it has given a conditional open pit waste mining services contract to Capital Drilling (Egypt) for the East wall at the Sukari gold mine.

The four-year contract begins from January 2021. As part of it, Capital Drilling will complete a 120Mt open pit waste stripping at the mine, and will provide load and haul and ancillary services.

Centamin has also expanded and extended Capital Drilling’s existing drilling contract at the Sukari gold mine from its present end date of 30 September 2023 to 31 December 2024.

It has expanded the contract to add nine more blast-hole rigs from Capital Drilling, enabling the latter to have a total of 24 rigs operating at the mine.

Horgan said: “With the focus on improving operational flexibility at Sukari, introducing contract-mining over the next few years for waste stripping in the open pit is cost and time effective.

“Following a rigorous tender process, Capital was determined to be the best suited to deliver what is needed.”