Capital Dynamics has announced that its Clean Energy Infrastructure (CEI) business has signed an agreement with Tenaska for the development of 2GW solar portfolio across the Midwestern US. 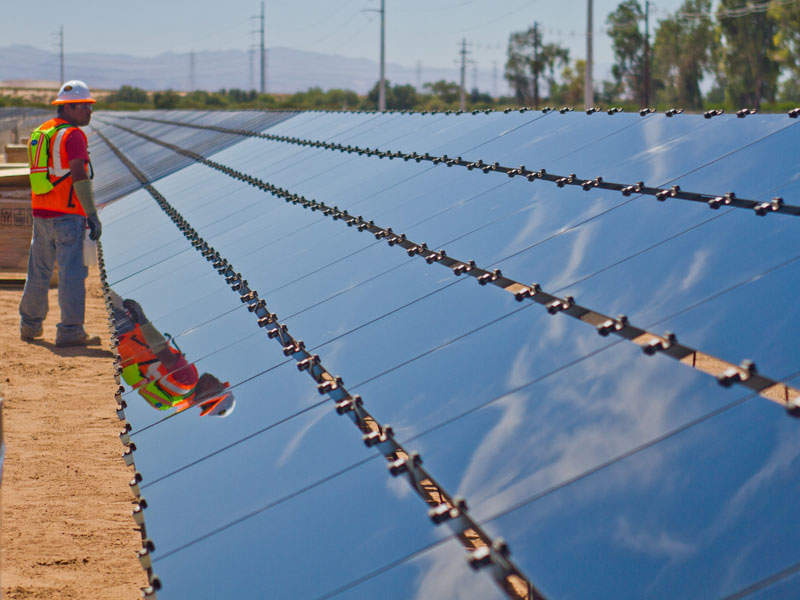 A major chunk of the portfolio will include solar projects presently in the MISO North interconnection queue, with projects in states such as Michigan, Missouri, Illinois, Wisconsin, Indiana and Minnesota.

According to the Swiss asset management firm, the agreement with Tenaska diversifies its growing solar portfolio. Capital Dynamics also claimed that its Clean Energy Infrastructure team is the second-largest owner of solar projects in the US, managing nearly $4.9bn in assets and 3.1GW in capacity.

Capital Dynamics Clean Energy Infrastructure team director Benoit Allehaut said: “This agreement was a unique opportunity for us to acquire a meaningful pipeline of solar capacity in an efficient project development structure within a market poised for growth.

“Tenaska has historically been one of the most successful developers of electric generation and a close partner of Capital Dynamics on several existing projects.

“We are excited to be expanding our partnership and offer clean energy power through long-term supply contracts to customers in the Midwest.”

Tenaska is an independent power producer in the US, which has developed more than 10GW of natural gas-fueled and renewables power projects, including two utility-scale solar projects in Southern California..

“This transaction further strengthens the existing relationship between our two companies.”

This is the third installation in the Springbok cluster to join 8minutenergy’s 137MW Springbok 1 project, and its 191MW Springbok 2 project to supply clean energy to more than 152,000 Los Angeles households.

Ground breaking for the Springbok 3 project is expected to take place later this year and commercial operations are slated for next June.