The Cape Hardy project, situated on an 1,100-hectare site, is the only deep-water, multi-commodity port proposed for the Eyre Peninsula 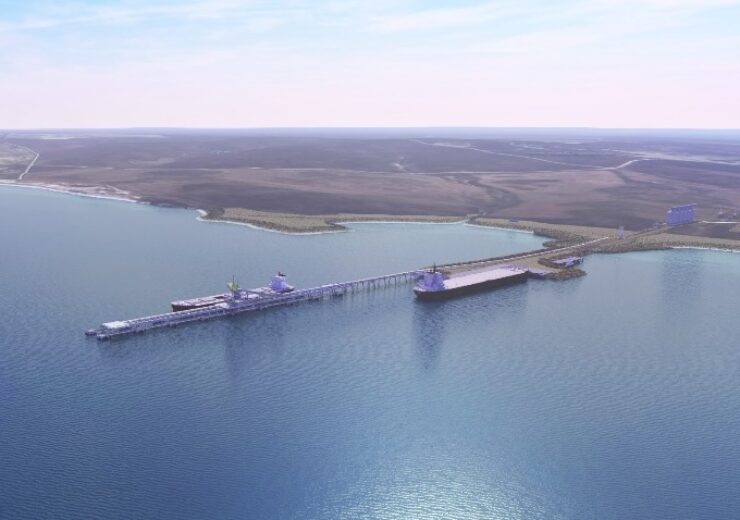 The multi-commodity abilities of the proposed $250 million Cape Hardy Stage I port on Eyre Peninsula have been recognised in plans for South Australia’s hydrogen future.

The State Government has released its new hydrogen export prospectus – “South Australia: A global force in hydrogen” – which shows how the State can prosper from rising global demand for hydrogen, a commodity that is forecast to contribute as much as $1.7 billion and 2,800 jobs to the national economy by 2030.*

The prospectus outlines the opportunity for exports to be shipped from a greenfield port on the lower Eyre Peninsula with “the potential for small-scale and large-scale export ranging from between 60,000 – 250,000 tpa” (tonnes per annum) of green hydrogen.

The prospectus also recognises the ideal location of the region, connecting renewable resources from the Eyre Peninsula “with an indicative distance to the port of 60 kilometres”.

The Cape Hardy project, which is backed by Eyre Peninsula Co-operative Bulk Handling Limited (EPCBH), Iron Road and Macquarie Capital, is the only deep water multi-commodity port for the Eyre Peninsula considered in the State Government’s hydrogen export study.

“We welcome the release of the State Government’s hydrogen prospectus and its recognition of the strategic importance that the region can play in the State’s export future,” said Tim Scholz, Chief Executive Officer of EPCBH, speaking on behalf of the joint developers.

“As a true multi-commodity deep-water port, we have consistently promoted the ability of Cape Hardy to deliver benefits not only to the region’s grain growers but also to the wider Eyre Peninsula community.

“The release of this prospectus further demonstrates that a multi-commodity port is the best option for the Eyre Peninsula. Our project can deliver that and support growth in the region.”

The Cape Hardy site has 1,100 hectares of land available for other industries including a range of minerals and agricultural exports, imports of key inputs to mining and agriculture sector and potential hydrogen export hub.

*Modelling for the Australian Renewable Energy Agency has forecast Australian hydrogen exports could contribute $1.7 billion and 2,800 jobs to the national economy by 2030.