Canadian Solar and ET Energy have formed a joint venture (JV) for the development of two solar projects in South Africa, totaling 132MW. 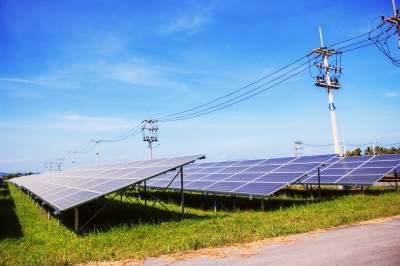 The JV of Canadian Solar and ET Energy will provide Engineering, Procurement and Construction (EPC) services for the solar projects owned by BioTherm Energy, an independent power producer in Africa.

The two projects include the 46MW Aggeneys and the 86MW Konkoonsies II, located in northwest South Africa. These two projects will cover an area of 387 hectares. They were awarded as part of the Round IV projects of the Renewable Energy Independent Power Producer Procurement Programme (REIPPPP).

ET Energy president and CEO Dennis She said: “In partnership with Canadian Solar, BioTherm Energy, and other market leaders in South Africa, we have met all the requirements of the REIPPPP.

“With our South African subsidiary founded in 2016, and years of experience in project operation and EPC management, ET Energy will offer professional EPC and operations and maintenance (O&M) services to utility scale PV plants in Sub-Saharan Africa, including South Africa.”

These solar projects are expected to be connected to the South African grid by the end of next year and in early 2020, respectively.

Canadian Solar will supply more than 400,000 of its 1500V high voltage modules and they will be installed on single-axis solar tracking systems. The plants will have a total of 34 central inverters. Construction of the projects is expected to start in this September.

Canadian Solar chairman and CEO Shawn Qu said: “These projects are the first large-scale applications of our products in Africa’s high voltage market. We hope to set more benchmarks for the renewable energy market in South Africa with high-quality products, advanced PV technology, and global expertise.”

In June this year, Canadian Solar had commissioned 56.3MW Yamaguchi Shin Mine solar project in Japan. The place, on which the solar plant was constructed, used to be an abandoned 27-hole golf course.

This project is expected to generate nearly 66,000MWh of clean electricity every year, which will be supplied to Chugoku Electric Power, under a 20-year feed-in-tariff contract.