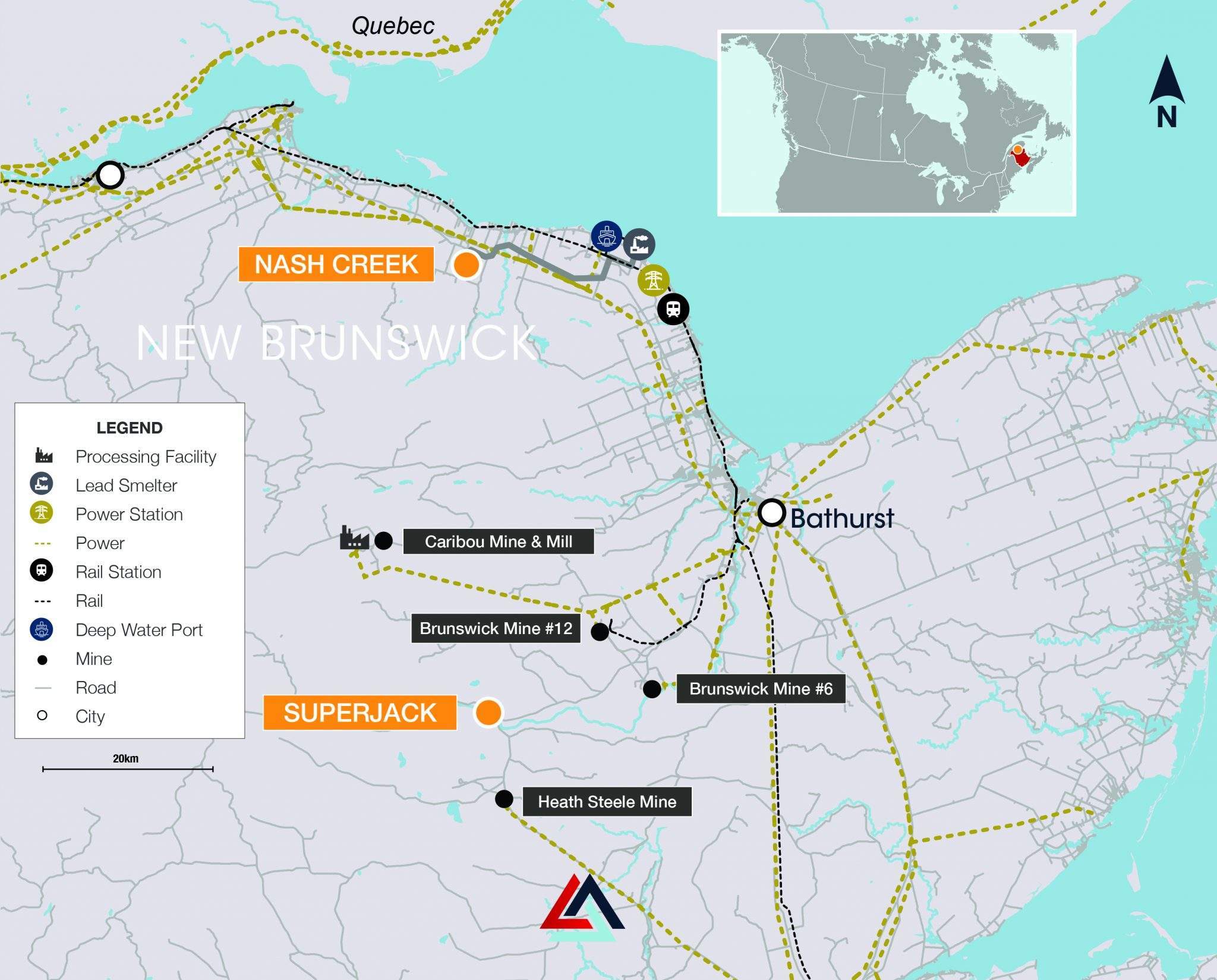 The drilling campaign will consist of approximately 20 to 40 drill holes totaling 3,500 to 7,000m to test potential for satellite zinc-lead-silver deposits periphery to the Nash Creek Deposit.

The company recently completed a Preliminary Economic Assessment (“PEA”) which outlined a high-margin, open-pit mine plan that generates a pre-tax internal rate of return of 34.1% and Net Present Value at an 8% discount rate of $230 million (See News Release dated May 14, 2018).

The current drill program is a clear opportunity to significantly enhance the project’s economics with additional exploration that extends the mine life and/or allows for higher grade material to be scheduled earlier in the mine plan.

There are six main target areas that surround the Nash Creek Deposit and include: Hayes South, Hayes North, Hickey East, NW Soil Anomaly, Hickey North and the Central Zone. Drilling has commenced in the NW Soil Anomaly area and will generally proceed in a southern direction.

A 60 line km ground induced polarization (“IP”) survey will be completed at the Central Zone shortly to further delineate zinc-lead-silver mineralization and potential to discover new deposits. The IP program may be expanded up to 160 line km to cover high-priority target areas along a 20 km trend of mineral occurrences grading up to 19% Pb+Zn.