The Warrawoona gold project is located in the Pilbara district, Western Australia, around 150km south east of Port Hedland and nearly 25km south east of the town of Marble Bar 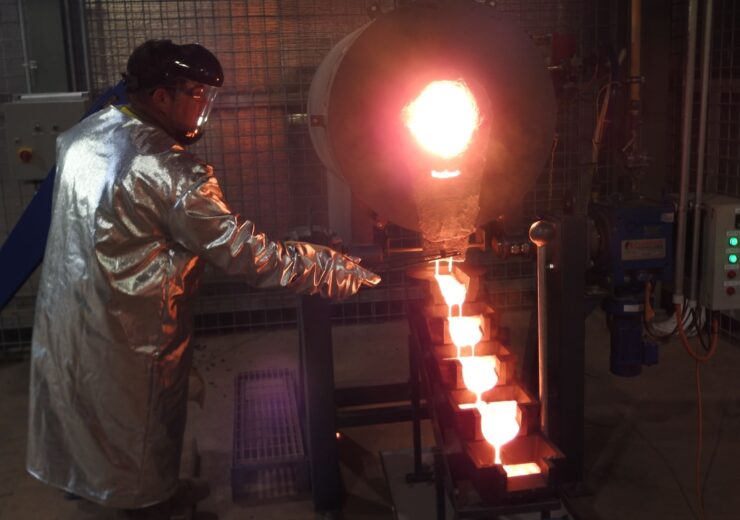 Warrawoona is a high-margin and significant undeveloped gold project located in the East Pilbara district of the Pilbara Goldfield, Western Australia.

The project has currently entered the ramp-up phase, with the commissioning of elution circuit. The first gold bar sourced from the leach circuit is expected to be poured next week.

Calidus managing director Dave Reeves said: “Pouring our first gold on time and budget is the culmination of an incredible effort by all employees and contractors involved at Warrawoona.

“With production underway and revenue being generated, we have begun to lay the foundations for ongoing growth.

“Cashflow from Warrawoona will provide opportunities to increase production via the development of our Blue Spec deposit and help fund our highly promising gold and lithium exploration.”

The mining leases comprising the Klondyke Prospect lie within the Warrawoona Gold Project, one of the oldest greenstone belts within the Pilbara Craton.

According to the resource update granted by consultants Optiro and Widenbar & Associates in June 2020, the prospect holds 43.7Mt @ 1.06g/t Au for 1.5 million ounces of resource.

It also holds a proven and probable ore reserve of 13.6Mt @ 1.2g/t for 519,000 ounces, with 71% of the mineral resource designated as Measured and Indicated.

A positive Feasibility Study (FS) in September 2020 showed a high-margin gold operation with 90,000oz/pa gold production at $1,290/oz AISC over an initial mine-life of eight years.

In August last year, Calidus Resources has officially commenced the mining operations at the Warrawoona gold project, after installing the primary crusher at the processing plant.

The company completed more than 50% of the construction, with plans to supply the extracted ore to the run of mine (ROM) pad.