California Water Service Group (Cal Water) has come up with a revised proposal to acquire 100% of rival water utility SJW Group for $70.00 per share in cash. 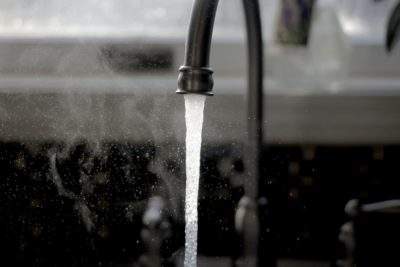 Image: Cal Water offers to buy water utility SJW Group at a revised price of $70.00 per share in cash. Photo: Courtesy of Imani/Unsplash.

The revised offer is an increase of around 2.6% from the previously proposed price of $68.25 per share from Cal Water.

The company said that its revised offer represents a 33.6% premium to the closing share price of SJW Group on the final trading day before the 4 April, 2018 proposal.

In late April, Cal Water confirmed of offering to acquire SJW Group for $68.25 per share in an all-cash deal worth nearly $1.9bn after including assumption of debt. The company then said that its combination with SJW Group will improve its position as the third-largest regulated water utility in the US.

Cal Water president and CEO Martin A. Kropelnicki said: “We remain confident that a transaction between our two companies will create substantial value for the stockholders of both companies, and jointly benefit our respective customers, employees and local communities.

“With our revised proposal, we hope our increased price and flexibility on other key terms previously identified by SJW will encourage the SJW Board to engage with us in transaction discussions.”

SJW Group said that its board of directors will review and look into all aspects of the revised proposal. The board has asked the company’s shareholders not to take any action currently and wait for its advice which will be given after completion of its review of the revised offer.

SJW Group said that it remains subject to the terms of the amended definitive merger agreement made last week with Connecticut Water Service. As per the proposal, SJW Group will buy 100% of Connecticut Water at $70.00 per share in cash, for a total of $1.1bn.

The company, in a statement, said: “SJW Group’s Board has not made any determination as to whether Cal Water’s revised proposal constitutes, or could reasonably be expected to lead to, a superior proposal under the terms of SJW Group’s merger agreement with Connecticut Water.”