Bryah Resources has announced that it is looking towards mining manganese in Western Australia, as it assesses development opportunities at the Horseshoe South Manganese Mine. 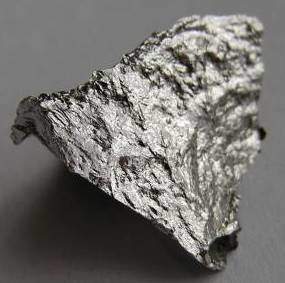 The company announced that it has locked in an exclusive one-year option to purchase the mining lease covering the historical Horseshoe South Manganese Mine and a further 154sqkm of manganese exploration rights to adjoining ground in the Bryah Basin, near Meekatharra, in Western Australia.

“The Horseshoe South Manganese Mine has been the largest manganese mine in the Bryah Basin, producing about 1 million tonnes of manganese ore, and we believe that there is potential to breathe life back into the old mine,” said Bryah Resources Managing Director Neil Marston.

Marston said: “High-grade manganese up to 48% Mn was recorded in recent outcrop sampling at the mine and 215,000m3 of manganese stockpiles are reported to remain on site; which we are currently testing. Historical testwork on the stockpiles reported that a reasonable amount of manganese product grading 34% could be produced by screening the finer material. We are about to complete some trials, including using modern oresorting technology, to verify these earlier results in the coming weeks.”

“The shallow manganese deposits and stockpiles at Horseshoe South already have an excellent production history and the outlook for Bryah is extremely positive as we aim to capitalise on a buoyant manganese market. Since attending an international manganese conference in June, we have been approached by numerous consumers seeking manganese ore grading between 30 and 40%, so our strategy is to produce such a product by low-cost processing of the stockpiles. Treating stockpiles has the potential to generate low-risk cashflow ahead of expanding mining operations across our project areas.”

“On our 100% owned adjoining ground we have recently identified several new manganese prospects at Black Hill, Black Caviar and Devils Hill. None of these new areas have been adequately evaluated so the exploration team have been charged with drill testing them over the coming months. We are aiming at creating a pipeline of new deposits which could sustain manganese mining operations over several years.”

“Manganese is a critical and irreplaceable element used in steel production and as a battery component, notably in electric vehicles,” Mr Marston said. “Manganese dioxide is used in regular dry cell batteries and the metal is also a major ingredient of lithium-manganese-oxide batteries. Many global market commentators are tipping manganese use in new generation batteries to soar. Bryah is well placed in these market conditions.”

In other news, Bryah announced RC drilling would commence at its Aquarius Copper-Gold project in the Bryah Basin later this week. The company’s flagship Bryah Basin project, which comprises eleven tenements over 720sqkm, is surrounded by Westgold’s Fortnum gold mine, Superior Gold’s Hermes deposit and the closed Horseshoe Lights Copper-Gold Mine. The western boundary of its landholding also borders Auris