Brightmark Energy invests in dairy biogas project in US 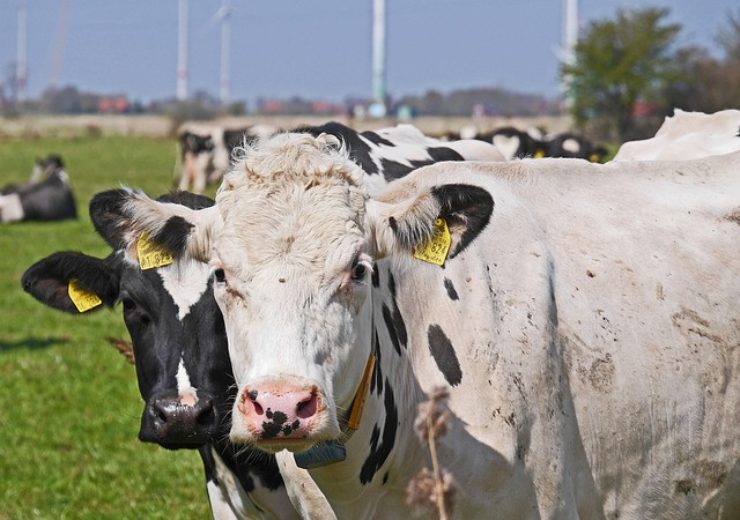 Image: The project is expected to divert 225,000 gallons of cow manure per day. Photo: courtesy of Erich Westendarp from Pixabay.

Brightmark Energy, a San Francisco-based waste to energy development company, announced today that it has partnered with four dairy farms in upstate New York to utilize anaerobic digesters that will convert a total of 225,000 gallons of dairy waste per day from 11,000 cows into biogas and other useful products.

After the planned installation of gas upgrade equipment is completed at the Swiss Valley, Zuber, Boxler, and Lake Shore farms, as well as a fifth farm that is expected to be finalized next month, the project is anticipated to generate about 260,000 MMBtu of renewable natural gas each year. The gas processed at each farm will be transported to the Zuber farm, where it will be injected into the Empire interstate gas pipeline.

This is the third such biogas project announced by Brightmark Energy in 2019, following project acquisitions in Washington State and Wisconsin. Once all projects are operational at the end of the year, Brightmark’s biogas projects will generate enough renewable natural gas to drive a car around the earth’s equator 3,307 times each year. The company is developing similar biogas projects nationwide.

“This is our biggest anaerobic digestion project to date, and we’re just getting started,” said Brightmark Energy CEO Bob Powell. “We’re proud to partner with farmers who are on the leading edge of sustainability so that they can improve their bottom lines while being good stewards of their local environment.”

Previously, the anaerobic digesters on these farms produced electricity that was used both onsite by the farms and transmitted to the local electric grid. However, some of the digesters are more than 10 years old, and they had begun to cost more to maintain and operate than they generated in value. After refurbishment work is completed on the systems, participating farmers expect to see drastically greater returns on their digesters, while further minimizing the local environmental impacts of the manure generated by their herds. The New York State Energy Research and Development Authority (NYSERDA) is providing initial project planning funding and projects may be eligible for additional funding to implement upgrades to the digesters.

Participating farmer Matt Lamb, owner of Lake Shore Dairy, said, “We’re excited for the digester upgrades to be complete so that we can see improved returns on our investments. Brightmark has been a fantastic partner throughout this process and we’re hopeful about the long-term results from this project.”

Anaerobic digestion of dairy cow manure has been shown to significantly reduce local pollution and greenhouse gas emissions. The process recovers most of the nitrogen and phosphorous from manure so that it cannot escape into the air or local waterways via runoff, then it uses these nutrients to create balanced biofertilizers that help grow local crops. Anaerobic digestion also prevents methane, a potent greenhouse gas, from being released into the atmosphere, thereby reducing the net greenhouse gas emissions from the manure processed at this facility at a rate of 108,000 metric tons per year, which is equivalent to planting 127,108 acres of forest each yeari.

Brightmark is actively seeking other dairy farmers, wastewater treatment plant operators, and feedstock suppliers with an interest in collaborating on biogas projects throughout the United States.