Braskem edges closer to completion of $675m Delta facility in US 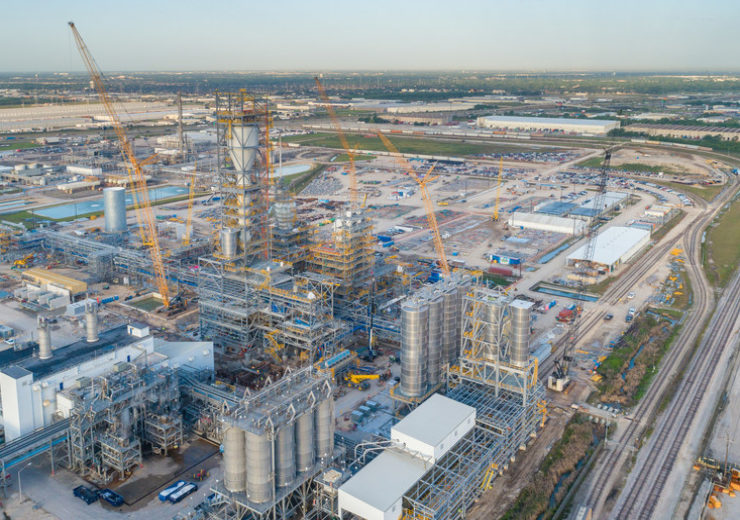 Image: Braskem Delta will be the first new polypropylene facility built in North America since 2003. Photo: courtesy of Braskem.

Brazilian petrochemical company Braskem has announced that it is on track to complete the construction of a new polypropylene (PP) production line in La Porte, Texas, US, by the first quarter of 2020.

The Delta facility, which the company claims to be the largest polypropylene production facility in the Americas, will have a manufacturing capacity of more than 450 kilotons (kt) annually. It will have the capacity to produce the entire polypropylene portfolio including reactor TPOs.

The project has been built in line with Braskem’s commitment to sustainability and attention to eco-indicators such as emissions, water and energy efficiency, in addition to recycling and waste reduction.

Braskem has completed 75% of the mechanical construction of the facility.  The company has already invested $525m in the project.

Braskem’s North America EVP Mark Nikolich said: “It is with great pride and excitement that we announce the continued momentum at our new Delta production line, which is on track to become the largest polypropylene production facility in the Americas.

“This new world scale facility is a confirmation to our clients worldwide that Braskem is committed to investing in their future plans. As production begins in the first half of 2020, Braskem will be well placed to address the shortfall in U.S. domestic polypropylene market, which is currently being served by imported product.”

The project has generated nearly 1,300 contractor jobs during construction, which has boosted the economy in the region of Texas Gulf Coast. Once operational, Braskem expects the new facility to provide another 50 permanent full-time jobs to the local community.

Mark Nikolich said, “The construction of Delta is a major milestone in terms of further enhancing Braskem’s ability to differentiate and deliver product to meet our clients’ specific needs. “

The final investment decision to design and build Delta facility was taken in June 2017.