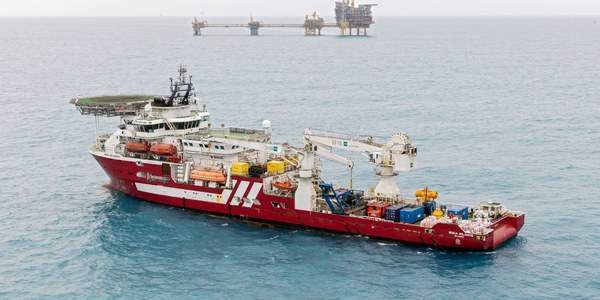 Image: Boskalis expects to use the Boka Atlantis vessel to execute its contract for the Tyra Redevelopment project. Photo: courtesy of Royal Boskalis Westminster N.V.

Under the “Tyra Redevelopment Subsea Installation Phase II” contract, the Dutch dredging and heavylift company will be responsible for subsea engineering, procurement, fabrication and installation of the offshore gas project.

The Tyra Redevelopment project is the full redevelopment of the Tyra gas field with an investment of DKK21bn ($3.36bn) investment with an objective to stretch the operational lifetime of the Danish offshore gas field by at least 25 years.

Boskalis, under its contract, will deliver a variety of specialist subsea contracting activities for relocating and connecting subsea pipelines in addition to the installation of manifolds, umbilicals and vertical platform production risers.

The Dutch firm said that the contract work will be carried out from its offices in Papendrecht and Aberdeen and also in Esbjerg, Denmark prior to the execution of the project. Boskalis expects most of the offshore work to be executed with the high-end diving support vessel Boka Atlantis which was added recently to the company’s fleet.

The company, in a statement, said: “Boskalis is very pleased with this award building on a long established and successful relationship with Total.

In December 2017, McDermott International was given a contract from Maersk Oil for engineering, procurement, construction and commissioning (EPCC) services for the Tyra Redevelopment project. Maersk Oil, subsequently merged with Total.

For the execution of the Tyra Redevelopment project, the Tyra gas field will be closed by its owners – the Total-led Danish Underground Consortium in November 2019 with a goal to resume production in July 2022.