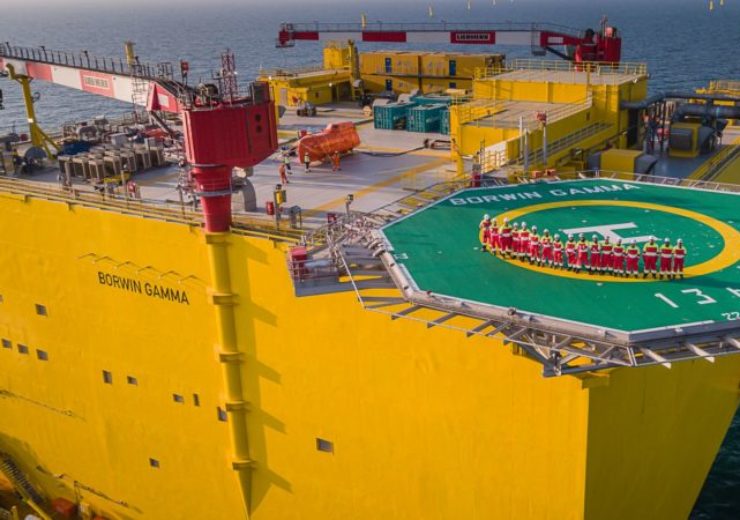 Image: The BorWin Gamma platform, which is part of the BorWin3 grid connection project. Photo: courtesy of Petrofac Limited.

The BorWin3 offshore wind grid connection, which has started transmitting power, is converting three-phase power generated by offshore wind farms into direct current. The converted power is then transmitted 160km back to shore into the German national grid, from where it will be supplied to more than a million households.

Siemens and Petrofac were awarded contract for the offshore grid connection project in 2014 by TenneT. Under the terms of the contract, the consortium was responsible for the engineering, procurement, construction, transport and offshore installation of the offshore platform.

The jacket foundation of the project was installed in May 2018 followed by the topside integrated in October 2018 which sailed from Dubai where it was fabricated.

Siemens, on its part, supplied high-voltage equipment for the grid access system along with a complete onland station. Petrofac undertook the construction and installation of the BorWin Gamma platform, which houses a high voltage direct current (HVDC) station delivered by Siemens.

Petrofac engineering and construction chief operating officer George Salibi said: “We are delighted to have reached this key milestone with BorWin3 ready for action. The additional grid connection being put into operation is a significant contribution to the energy transition in Germany and a further demonstration of Petrofac’s expansion into adjacent sectors, including renewable energy.”

At the Emden/East site, TenneT constructed a converter station with a substation to feed the power generated at sea into the onshore extra-high voltage grid. The wind power is first transported to Hamswehrum through a 130km long subsea cable laid west of Borkum and from there to Emden/East through a 30km long underground cable.

The onshore converter station, which broke ground in May 2016, was technically completed last year. The onshore cables were laid in 2015, while the last cable section at sea was laid in spring 2018.