After completing the Preliminary Economic Assessment (PEA) study of the Ivana uranium-vanadium deposit, Blue Sky has been advancing exploration work in the area peripheral to, and up to 25 kilometres to the north of, the Ivana deposit at Ivana Central and Ivana North 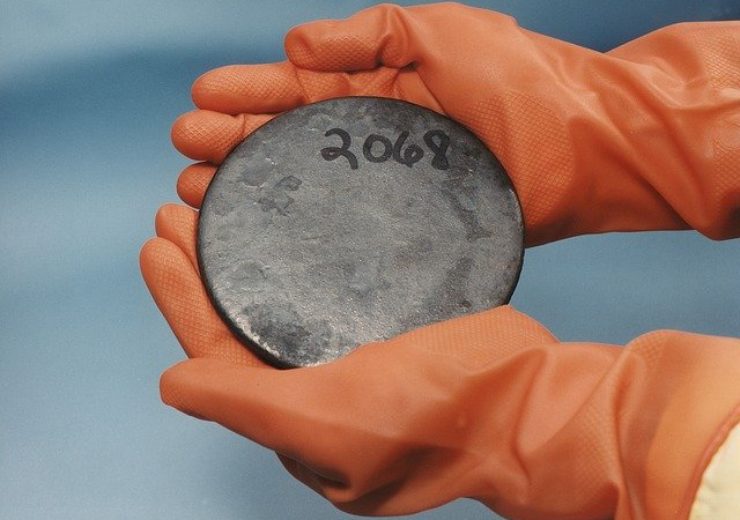 Blue Sky Uranium is pleased to provide an update on the ongoing exploration activities at its wholly-owned Amarillo Grande Uranium-Vanadium Project in Rio Negro, Argentina (AGP)

A 5-kilometre-long chargeability anomaly has been identified along an 8-kilometre Induced Polarization (IP) geophysical survey line across the Ivana North target area.  The area is located approximately 20 kilometres north of the Ivana uranium-vanadium deposit and 10 kilometres north of the Ivana Central target area.  The chargeability anomaly begins at or near surface and extends to +30 metres in depth. It correlates locally with airborne and ground radiometric anomalies, as well as superficial carnotite mineralization observed and previously sampled by the Company. Results from surface pit sampling in this area include 1.40% U3O8 over 1.10 m, including 2.74% U3O8 over 0.5 m.

“The positive initial results from our ongoing work at Ivana North are very encouraging and continue to support our belief that the Amarillo Grande project has district scale potential for new uranium discoveries,” stated Nikolaos Cacos, Blue Sky President & CEO.  These two compelling targets, Ivana North and Ivana Central, will continue to be refined with ongoing exploration work to prepare for a reverse circulation drilling program focussed on identifying significant near-surface uranium deposits along the 25km-long exploration corridor north of Ivana deposit.”

Since completion of the Preliminary Economic Assessment (“PEA”) study for the Ivana uranium-vanadium deposit, Blue Sky has been continuously advancing its exploration work in the area peripheral to, and up to 25 kilometres to the north of, the Ivana deposit at Ivana Central and Ivana North.  Work has included auger drilling and radiometric probing, surface pit sampling and IP geophysical surveying.

IP Geophysical Survey: The initial IP pole-dipole survey line at Ivana North was carried out to determine if the technique could be used to detect chargeability anomalies in the subsurface, potentially representing disseminated pyrite concentrations related to the strong superficial uranium-vanadium mineralization observed in the area.  The technique was employed successfully at the Ivana deposit where chargeability anomalies were confirmed to be related to disseminated pyrite associated with uranium and vanadium mineralization.  Zones of disseminated pyrite associated with the Ivana deposit are believed to indicate proximity to a reduction-oxidation (“redox”) front, a key control for uranium mineralization in many deposits of this type.  In addition, at the Ivana Central target a moderate chargeability anomaly was identified, associated locally with near-surface uranium mineralization, radiometric anomalies, as well as geological and alteration patterns comparable with those associated with the Ivana deposit.

The initial IP survey at Ivana North consisted of an 8-kilometre-long line perpendicular to regional Bajo del Gualicho lineament and parallel to interpreted regional ancestral groundwater drainage. A 5-kilometre long chargeability anomaly with medium to high chargeability and low to very low resistivity was detected, extending along the central portion of the pseudo-section (station 1900 to 6900) with apparent variable thickness ranging from 10 to 30 metres at an average depth of 15 metres below surface. The chargeability intensity ranges between 5.44 and 19.7 mV/V and it is interpreted to represent moderate to significant levels of disseminated pyrite, potentially partially oxidized. The low resistivity intensity ranges between 0.32 and 5.06 ohm.m; interpreted to result from high porosity sediments filled by salty water.

The high chargeability and low resistivity signature observed at Ivana North is similar to that associated with the higher-grade mineralized zones at the Ivana Deposit, where the chargeability anomalies were confirmed to be related to disseminated pyrite and low resistivity (or high conductivity) as reflecting high porosity loosely consolidated sandstone and conglomerate host rocks. Therefore, the chargeability anomaly at Ivana North may be indicative of potential pyrite-associated uranium-vanadium mineralization in the subsurface related to the superficial uranium-vanadium mineralization observed in the area and representing a compelling target for drill testing.

The results of the Company’s exploration program were reviewed, verified and compiled by the Company’s geological staff under the supervision of David Terry, Ph.D., P.Geo. Dr. Terry is a Director of the Company and a Qualified Person as defined in National Instrument 43-101.  The contents of this news release have been reviewed and approved by Dr. Terry.