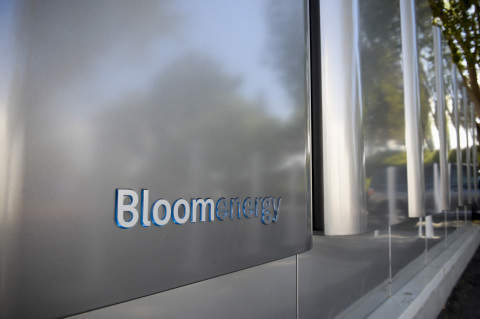 Bloom will show how a standard Bloom Energy Server integrated with a new biogas clean-up module can generate clean electricity from biogas emitted by landfill, agricultural, waste and water treatment processes. The prototype clean-up module will clean the biogas of moisture and contaminants, enabling its use in fuel cells while dramatically reducing methane emissions in the process. Bloom expects to begin testing the new solution with customers imminently.

Methane emitted from landfill, agriculture, waste and water management has 25 times greater impact on climate change than carbon dioxide emissions1. The California Energy Commission2 estimates the State’s annual methane emissions at equivalent to 40 million metric tons of carbon dioxide, which is equivalent to the emissions generated by 10 coal-fired power plants in a year, or from burning 44 billion pounds of coal. In 2016, methane accounted for about 10 percent of all U.S. greenhouse gas emissions from human activities.

Efforts to capture and utilize biogas with fuel cells for heat and power generation have largely disappointed in the past. The complexity and cost of removing moisture and contaminants that affect fuel cell performance; the low efficiency with which legacy systems convert biogas to electricity, and the poor reliability and short life-expectancy of legacy fuel cell systems have produced disappointing outcomes.

As a result, as of September 2017, only 18 of 980 large California dairies and 157 of 311 California landfills capture and use their methane emissions and only 55% of biogas extracted from California’s landfills is being used to generate power. The rest of the generated methane is emitted to the environment or flared. Flaring still emits methane due to incomplete gas combustion, carbon dioxide from combustion, and ‘black carbon’ and criteria pollutants, major contributors to climate change and human health issues.

The goal of the Bloom Energy Server with integrated gas clean-up module is to solve three issues historically associated with fuel cell-based electricity generation from biogas.

High Efficiency, Guaranteed Output – Legacy designs for biogas-powered fuel cells had low levels of efficiency that generated relatively small amounts of electricity. Bloom Energy’s solid oxide fuel cell technology has attained the highest efficiency for converting natural gas or biogas to electricity (65%) of any commercial solution.
High Reliability – Legacy fuel cell designs were monolithic. When cells degraded and reached their useful end-of-life, entire systems simply stopped working. By contrast, the modular design of Bloom Energy Servers allows them to be “hot swapped,” or serviced without interruption. This enables Bloom to guarantee long term system efficiency and output, such as over the term of a 15 or 20-year power purchase agreement.
Integrated Gas Clean-Up – Whereas legacy designs often placed the burden of removing moisture, sulphur, siloxanes and other contaminants from biogas upon the customer, Bloom Energy’s solution features an integrated gas clean-up module, the power draw from which only minimally impacts overall system efficiency.
Deploying next generation fuel cell technology across California’s landfill, agriculture and waste water treatment plants has the potential to dramatically reduce greenhouse gas emissions. Bloom Energy estimates that for every megawatt of electricity generated by a Bloom Energy Server from waste biogas, 7.7 million pounds of CO2 emissions, 10,500 pounds of NOx and 4,500 pounds of SO2 emissions could be avoided annually.

According to the California Energy Commission, the total economically feasible renewable gas potential in the State is 79.4 million MMBtu per year. This would be sufficient to generate 1.26 GW of electricity using Bloom Energy Servers. This is approximately equivalent to the power generated by one of the two Diablo Canyon nuclear reactors with a zero carbon footprint and a substantial reduction of harmful emissions in densely populated areas.

Biogas-fed Bloom Energy Servers would produce always-on, reliable base-load power. This is a key differentiator to renewables such as wind and solar whose power generation is naturally intermittent based on light and weather conditions.