Belgian firm BESIX has been awarded a contract to design and build 420MW Nachtigal hydroelectric power station in Cameroon. 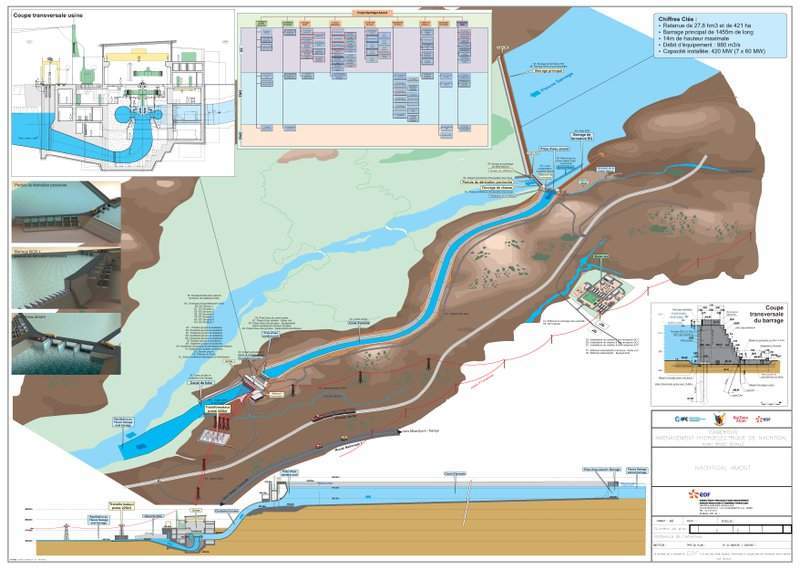 Located on the River Sanaga about 65km north of Yaoundé, the new hydroelectric dam is expected to increase the country’s electricity generating capacity by 30%.

BESIX, in partnership with French company NGE and Moroccan company SGTM, will participate in the hydroelectric power station, which is being built for Nachtigal Hydro Power Company (NHPC), a Cameroonian Société Anonyme (public limited company).

NHPC is a joint venture of EDF International with 40% stake, the State of Cameroon with 30% interest and the International Finance Corporation (SFI-IFC) with 30% stake.

Under the contract, BESIX will be responsible for designing and building a 2km-long and 14m-high dam in roller compacted concrete, a 3km supply canal and the civil engineering works of the hydroelectric power plant and water intake facilities.

The firm plans to commence work before the end of the year. Work is expected to last 57 months.

BESIX Group general manager business unit international Mathieu Dechamps said: “We have already carried out a number of reference projects in the country. These include the Yaoundé hospital buildings, various ministries, the Pont de l’Enfance bridge, a spillway on the Sanaga River, as well as various docks in the port of Douala.

“With our participation in the Nachtigal hydropower project, we are proud to contribute to the development of sustainable solutions.”

One of the public-private partnership projects in sub-Saharan Africa, the Nachtigal amont hydropower project is expected to contribute to Cameroon’s plan to increase access to electricity.

In 2017, the Cameroon government and NHPC signed a power generation licensing agreement for Nachtigal hydroelectric project.

At that time, EDF said: “This development, put in place by NHPC, foresees the construction of a dam and a power station with a total capacity of 420MW by 2020.

“It will provide the country with an additional source of stable electricity and will contribute positively to the regional and national economy.”