Bechtel has received full notice to proceed with the construction of Train 3 expansion of the Cheniere Energy-operated Corpus Christi Liquefaction (CCL) project in Texas, US. 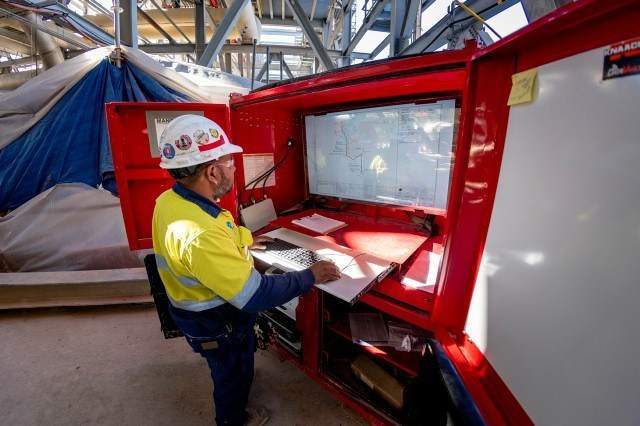 Image: Bechtel will proceed with construction of the Train 3 at Corpus Christi Liquefaction Project. Photo: courtesy of Bechtel Corporation.

The three train liquefaction project is under construction on the La Quinta Channel, north-east of Corpus Christi Bay in San Patricio County, Texas, US.

Each train will have a production capacity of approximately 4.5 million tons per annum (mtpa) of LNG

Bechtel LNG general manager Darren Mortsaid:”This expansion supports Cheniere’s further growth in the LNG market and we take pride in being part of their achievement.”

The notice to proceed with the construction of Train 3 expansion follows a positive final investment decision (FID) made by Cheniere in May 2018.

Cheniere president and CEO Jack Fusco said: “I would like to recognize the Cheniere team, our financial partners, our EPC partner, Bechtel, and our long-term customers at the CCL project for their demonstrated teamwork, commitment and execution, which were critical elements in the successful commercialization and financing of Train 3.”

The CCL expansion work includes construction of a new liquefied natural gas (LNG) train, an LNG tank, and the completion of a second LNG loading berth, in addition to the existing construction of two LNG trains, two tanks, and a docking facility.

The liquefaction plant, which is being built in phases, will receive resources from the Eagle Ford Shale located approximately 60km from the project site.

Under the stage 2, the firm will build the third LNG train, an additional storage tank, and completion of the second berth.

Upon commission of the three trains, the plant will have total capacity of approximately 22.5mtpa.

In addition to performing natural gas liquefaction and regasification, the plant will be equipped with associated import and export facilities.