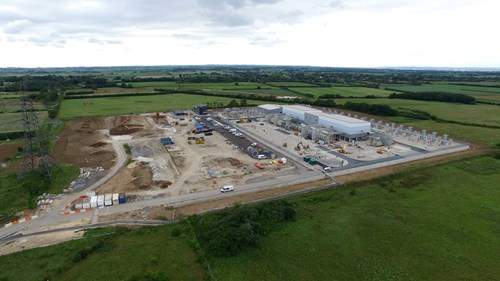 The order has been placed by Ørsted. The wind farm will generate 1.3 million homes and will surpass its sister project Hornsea Project One, as the world’s largest offshore wind farm, when operational in 2022.

The onshore substation facility will transform the electricity generated by the wind farm before connecting it to the National Grid. Balfour Beatty Kilpatrick will deliver the mechanical and electrical services for the new facility.

Hornsea Projects One and Two programme director Duncan Clark said: “We’re delighted that Balfour Beatty will continue to work with us on these huge offshore wind farm projects.

“Having already constructed onshore substations for three of our other projects, this contract continues the long-term partnership between Ørsted and Balfour Beatty.”

Last September, the Hornsea Project Two offshore wind farm secured a Contract for Difference. It is claimed to be built with the lowest price for offshore wind in the UK.

The offshore wind farm will comprise 165 of Siemens Gamesa’s SG8.0-167 DD 8MW turbines. Each of the turbines will have a rotor diameter of 167m.

The wind farm will be built in an area of 462km2 and it will be located at a distance of 89km from the coast in the UK North Sea.

Siemens Gamesa plans to build the turbines for the wind farm in Hull, where pre-assembly work will also be carried out.

Under its contract, Prysmian Group will handle the design, manufacture, supply, termination and testing of the inter–array submarine cables system of Hornsea Project Two.