Baker Hughes (BHGE) has secured an extension to a previously awarded subsea services contract with Equinor for the latter’s operations on the Norwegian Continental Shelf by another three years. 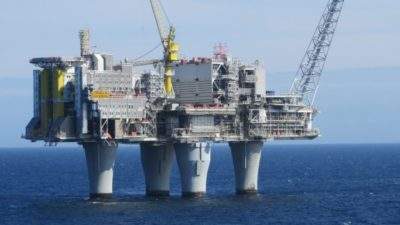 Image: BHGE will provide support to Troll, Tordis and Snorre B installations for Equinor. Photo: courtesy of Equinor.

The GE company will provide support for various installations of the Norwegian energy giant such as Troll, Tordis and Snorre B as part of the contract.

BHGE Oilfield Equipment business Norway regional leader Tom Huuse said: “We are committed to reinforcing our long-standing collaboration and relationship with Equinor, and this continued partnership not only builds on that but also provides a framework for them to benefit from our extensive in-country capabilities and the expertise of more than 1,600 committed and experienced employees.

Recently, Equinor selected BHGE as the main drilling and well services provider for eight rigs responsible for the development of the Troll, Oseberg and Grane fields located offshore Norway.

As per the integrated well services contract, BHGE will be responsible for integrated drilling services, drill bits, cementing and pumping, drilling and completion fluids, electrical wireline logging and completions. It will also deliver upper completions and mechanical well washing services for three other fields under the contract which is for an initial period of four years and with options to be extended by up to 10 years.

Earlier this month, BHGE won a development contract from Vedanta’s oil and gas subsidiary Cairn Oil & Gas for the construction of around 300 new wells and delivery of a chemical EOR program in Rajasthan, India.

As per the contract, the GE company will provide an integrated scope of oilfield services and equipment in the next two years to help Cairn Oil & Gas in unlocking considerable untapped reserves in the Mangala, Bhagyam and Aishwariya (MBA) fields.