The Projects, collectively known as the Escalera Group, cover a combined area of 7,400 hectares of prospective exploration targets for volcanic hosted supergene/surficial uranium and lithium on the Picotani Plateau 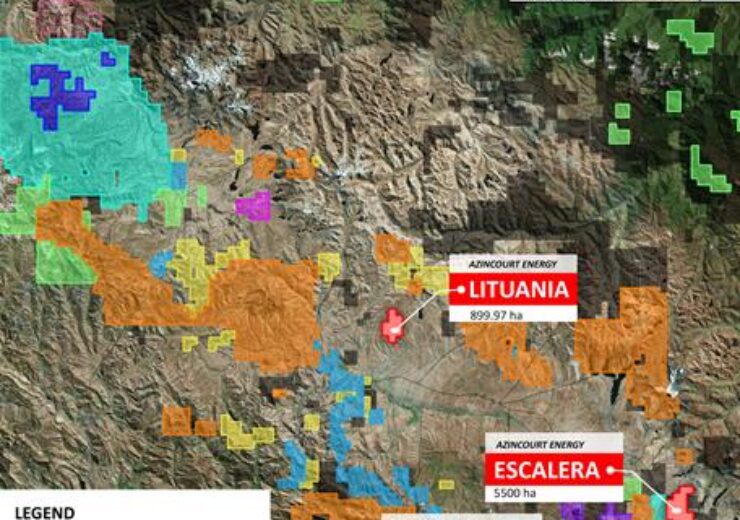 AZINCOURT ENERGY CORP. (“Azincourt” or the “Company”) (TSX.V: AAZ, OTC: AZURF), is pleased to announce it has reached an agreement with 1177865 B.C. Ltd. (the “Optionor”) to amend the option (the “Option”) under which the Company holds the rights to acquire a series of three uranium-lithium exploration projects located in the Picotani volcanic field in Carabaya and San Antanio De Putina Provinces, Puno Region, in southeastern Peru (collectively, the “Projects”).

The Projects, collectively known as the Escalera Group, cover a combined area of 7,400 hectares of prospective exploration targets for volcanic hosted supergene/surficial uranium and lithium on the Picotani Plateau. The land package consists of the Escalera project comprised of six concessions totaling 5,500 hectares, the Lituania concession covering 899.97 hectares, and the Condorlit concession covering 999.97 hectares.

“We’re pleased we were able to amend and extend the terms of the option agreement,” said president and CEO, Alex Klenman.  “Our initial work program at Escalera produced some intriguing results.  The sample assays were certainly solid. We’d very much like to get back to Peru to follow up on those positive early results, however with the pandemic we’re not in a position to do so at the moment.  This amendment to the original agreement gives us the flexibility to pursue the project at a later date,” continued Mr. Klenman.

The amendment will allow the Company to retain control of the Project, while conserving available capital and deferring the requirement to conduct exploration work at the Project during the Covid-19 pandemic.  Following the amendment, the Company will still be required to complete further a cash payment of $350,000 to the Optionor, issue a further 1,000,000 common shares, and incur expenditures of $2,500,000 on the Project, in order to complete the exercise of the Option.