Namibian oil and gas firm Azinam has forayed into South Africa by taking stakes in two offshore blocks in the Orange Basin from Ricocure for an undisclosed price. 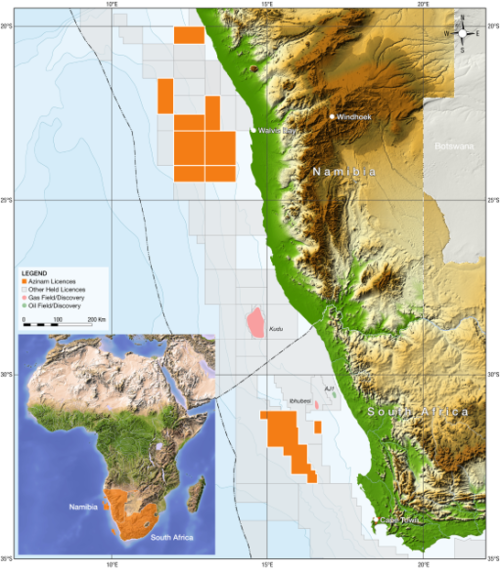 Azinam, which is backed by Seacrest Capital, expects the transaction to significantly consolidate and diversify its West Africa portfolio.

Azinam managing director Daniel McKeown said: “This acquisition is directly in-line with our strategy to unlock significant value in the region and adds considerable play diversity and scale of prospects.

“We see this as a natural expansion of our existing offshore Namibia operation and we will be developing our Windhoek office further under the guidance of our VP Exploration, Uaapi Utjavari, who was instrumental in sourcing, evaluating and securing this exciting opportunity.”

The closing of the transaction would be subject to the government approval and other conditions.

The license areas of the two Orange Basin blocks are spread over 18,530kms in total. Ricocure previously held the licenses of the blocks under Technical Co-operation Permits and has submitted the exploration right applications for both Block 3B/4B and Nearshore Block 3B/4B.

The applications are likely to be approved by early 2019, said Azinam.

BHP Billiton held the Block 3B/4B license in the past and had acquired a 10,000km2 GeoStreamer 3D survey in 2012 which Azinam intends to reprocess.

The Namibian oil and gas firm expects to hold one of the largest portfolios offshore South West Africa, totaling 80,530km2. Recently, the company revealed its plans to drill several exploration wells offshore Namibia in the next two years. The drilling program will evaluate the acreage held by Azinam in the Walvis Basin and is also anticipated to cover assessment of the newly acquired acreage in the Orange Basin.