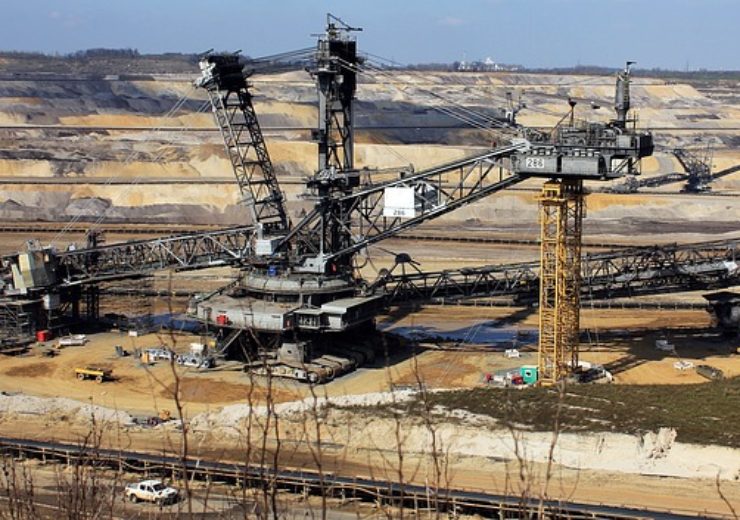 Azimut Exploration (AZM) is pleased to report the results of an induced polarization (“IP”) geophysical survey conducted this winter over the eastern part of the 20-kilometre Copperfield Trend on the Pikwa Property, in the James Bay region of Quebec. Planned work in 2020 includes an initial diamond drilling program and extending the IP survey westward.

The highlight is the identification of a 5.6-kilometre-long series of moderate to strong IP anomalies that crosscuts the entire survey grid and correlates well with the following previously reported features:

Most IP-chargeable anomalies correspond to resistivity highs or are located along the contacts of more resistive units (probably more silica-rich units). The anomalies are sub-cropping, continuous at depth, and generally dip moderately to steeply to the south.

Two electromagnetic conductors (EM) about 4 kilometres west of the IP grid suggest that the IP anomalies may extend farther.

The Property is part of the James Bay Strategic Alliance between Azimut and SOQUEM Inc. (“SOQUEM”), a subsidiary of Investissement Québec. Azimut is the operator for the Alliance.

As announced by the Company on March 25, 2020, all field exploration activities have been suspended following a decree from the Government of Quebec. The health and safety of our staff, consultants and contractors are paramount under the exceptional circumstances caused by the current pandemic. It is anticipated that exploration will resume early May, upon the government’s decision. This includes the 6,000-metre diamond drilling program to expand the Elmer gold discovery on the Elmer Property (100% Azimut), with two rigs already on site (see Photo 1).

The results acquired to date on the 40-kilometre-long property point to a major copper-gold system centred on the 20-kilometre-long Copperfield Trend. It is interpreted as a porphyry system emplaced along the margins of an intrusion, and subsequently sheared during regional-scale tectonic events.

The Copperfield Trend is subdivided in two segments, East and West, each 10 kilometres long. Significant exploration results were generated on the Pikwa Property in 2019, as reported in the press releases of April 15, October 16, October 23, and December 9, 2019.

Copperfield East is defined as the spatial association of:

A strong copper-in-soil anomaly, with a polymetallic footprint comparable to the LBS anomaly defined above, well-delineated as a 5.5-kilometre-long by 500-metre-wide target (locally up to 750 m) within the contours of the LBS copper anomaly. Peak values are 294 ppm for copper, 1.610 ppm for gold, 625 ppb for silver and 24.1 ppm for molybdenum.

A 5.6-kilometre-long series of IP-chargeable anomalies of moderate to strong amplitudes superimposed on the copper-in-soil anomaly.

A significant mineralized boulder field of mostly angular to slightly rounded boulders, well-distributed within the long axis of the soil anomaly. The best grades from 141 sampled boulders were 20.1% Cu, 2.99 g/t Au, 58 g/t Ag and 0.246% Mo.

Several high-grade mineralized outcrops within the soil anomaly in the eastern part of the target where glacial sediment cover is thinnest. The best grades are 9.81% Cu, 13.45 g/t Au and 37.6 g/t Ag (grab sample A0366271).

Two 500-metre-long VTEM electromagnetic conductors identified on strike with the western extension of the IP anomalies and the strong soil anomaly. In this context, the VTEM anomalies represent attractive targets for sulphide mineralization despite the weak soil geochemistry footprint due to thick glacial sediment cover.

The IP anomalies, the copper-in-soil anomaly, and the mineralized boulder field are best explained by a major Cu-Au-Ag-Mo mineralized system in the bedrock of the Property (already partly identified in mineralized outcrops).

Copperfield West is the westward strike extension of Copperfield East, and its interpretation is supported by strong copper LBS anomalies and the same magnetic pattern as Copperfield East (linear magnetic high). Limited exploration work has been conducted to date in this part of the trend.

As reported in the press releases dated October 16 and December 9, 2019, several geological and mineralogical features of the Copperfield Trend suggest it may represent an Archean analogue to the context of the Sweden’s Paleoproterozoic Aitik Cu-Au-Ag-Mo porphyry deposit.

In production since 1968, the Aitik mine owned by Boliden is the largest open pit operation in northern Europe. The Aitik mine provides valuable parameters regarding geometry, size and grades that could optimize the exploration strategy at Copperfield.

The Pikwa Property (703 claims, 360.4 km2) is 40 kilometres long by 17 kilometres wide and provides a controlling position over a major polymetallic target. It is located 303 kilometres east of the Cree community of Wemindji in an area serviced by excellent infrastructure, including permanent roads, power grids and airport facilities. The Trans-Taiga Road, a major gravel highway in the region, crosses the Property, as do two power lines.

Geosig of Quebec City (Quebec) conducted the IP survey over the Copperfield grid. The 21 line-kilometre survey used a pole-dipole array with 200-metre line spacing and readings every 25 metres (n=1 to 8). Geosig also conducted a 32 line-kilometre high-definition magnetic survey on the same grid.

This press release was prepared by Dr. Jean-Marc Lulin, P.Geo., acting as Azimut’s qualified person under National Instrument 43-101. The field program is under the direction of François Bissonnette, P.Geo., Operations Manager. Joël Simard, P.Geo., Senior Consulting Geophysicist for Azimut, was responsible for processing and interpreting the survey data and has reviewed the content of this press release.