African Underground Mining Services (AUMS) has won a $160m contract from Canadian gold miner Roxgold for the rollover/extension of services at Zone 55 and for starting works for Bagassi South mining contract in Burkina Faso. 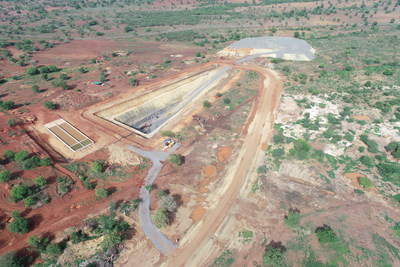 The contract, which comes with a 30-month term, has an option to be extended for an additional 12 months.

AUMS is expected to begin the contract work in the third quarter of this year. The project will employ nearly 300 people, which will include 225 Burkinabe employees.

AUMS chief operating officer Blair Sessions said: “We are delighted to have secured this work and look forward to extending our important, highly valued relationship with Roxgold on their flagship project.”

In late June, Roxgold was granted approval of mining decree for the Bagassi South project from the Burkina Faso Council of Ministers.

On the other hand, the Bagassi South project is currently in development with first ore anticipated in the fourth quarter of this year.

Last month, Roxgold reported that development and construction at the underground gold mine project is progressing well with overall project completion at about 60%. It revealed that it had completed boxcut excavation and portal collar at the project in early July, thereby allowing for the start of underground development.

Both the 55 Zone and Bagassi South gold deposits are part of the Yaramoko gold mine, which is located in the Houndé greenstone belt region in the Balé province in southwestern Burkina Faso.

Located about 200km southwest from the capital city of Ouagadougou, the Yaramoko gold mine produced 76,280 ounces of gold in H1 2018.