Apart from powering 345,198 homes, the Chilean solar plant will offset 368,000 tons of carbon dioxide per year 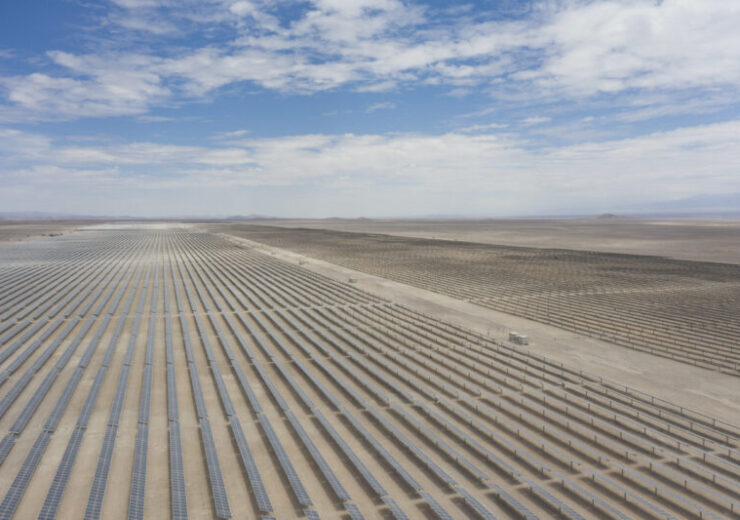 The solar power plant has been built in the María Elena commune in Antofagasta Region.

Equipped with 582,930 solar panels and spread over 479 hectares, the Sol del Desierto plant will produce 714GWh of clean power annually.

Apart from powering 345,198 homes, the solar plant will offset 368,000 tons of carbon dioxide per year, which is equivalent to removing over 47,000 vehicles from the road.

Besides, it is expected to play a role in the Chilean energy ministry’s decarbonisation plan of retiring and/or converting half of the coal-fired power plants in the country by 2025.

“That is why Sol del Desierto stands out not only for its contribution to clean energy but also for the care of the surrounding nature, the conservation of archaeological sites, and above all for having placed special focus on the inclusion of female workforce in its construction.”

The Sol del Desierto solar power plant has been integrated with bifacial technology, which enables energy to be attained from both the back and front faces of its solar modules.

It is underpinned by a 15-year power purchase agreement (PPA) for the supply of 550GWh/year of solar photovoltaic energy to Engie Energía Chile.

Atlas Renewable Energy has a total of 441MW installed capacity in Chile. Overall, the company has a total of 2.26GW of contracted projects in Latin America across Chile, Brazil, Mexico, and Uruguay.

Last month, the renewable energy generator had secured a loan of around $76m for the construction of the 239MWp Lar do Sol – Casablanca II solar plant in Brazil. The loan for the solar power plant in Pirapora, Minas Gerais has been provided by Northeastern Bank’s Northeastern Constitutional Financing Fund.