Dallas-based Aspen Midstream has announced its plans to build the Austin Chalk System, a new midstream asset made up of a residue pipeline and a gas gathering system, in the Austin Chalk play in Texas. 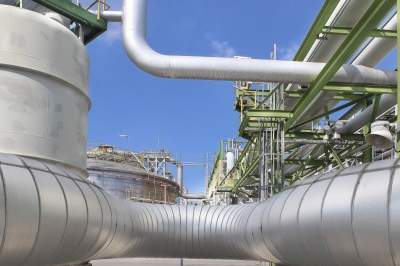 To be located in the Giddings Field, the Austin Chalk System is backed by a combined total of around 150,000 acres of long-term dedications from various producers, said Aspen Midstream, which is supported by growth capital from EnCap Flatrock Midstream.

“Aspen is developing a top-tier system, and we look forward to helping the company grow its business in the Austin Chalk.”

The new residue pipeline and a gas gathering system will serve producers drilling the Giddings Field, who are developing various stacked pay zones, including the Austin Chalk and Eagle Ford Shale formations. The Austin Chalk System is targeted to begin operations by the third quarter of 2019.

Initially, the Austin Chalk System will comprise more than 144.8km of 10-20inch gas gathering mainlines, treating facilities, a cryogenic processing plant with a processing capacity of 200 million cubic feet of natural gas per day (MMcf/d), and also a residue gas pipeline to the market hub at Katy in Texas.

According to Aspen Midstream, the new midstream system is located strategically to make sure that producers get access to premium residue and natural gas liquid (NGL) markets. The project will be spread across the Giddings Field, including Washington, Fayette and Burleson counties, along with parts of Austin, Brazos, Colorado and Waller counties.

Aspen Midstream CEO James Clarke said: “We are extremely excited about the Aspen Austin Chalk System and the opportunity to team up with premier producers in an area lacking adequate pipeline and processing capacity.

“We believe our system’s proximity to premium markets for both NGLs and natural gas takeaway will allow our producers to realize better netbacks and compete economically with other basins.”

Aspen Midstream plans to expand the Austin Chalk System in the future by adding more gathering, cryogenic processing and treating facilities as required. The midstream company said that it is having talks with the area’s producers to determine future requirements.