Anaconda embarks on expansion and exploration at Point Rousse Project

Anaconda Mining, a Canadian gold mining company said that it has initiated resource expansion and exploration program at its Point Rousse Project in Newfoundland, Canada. 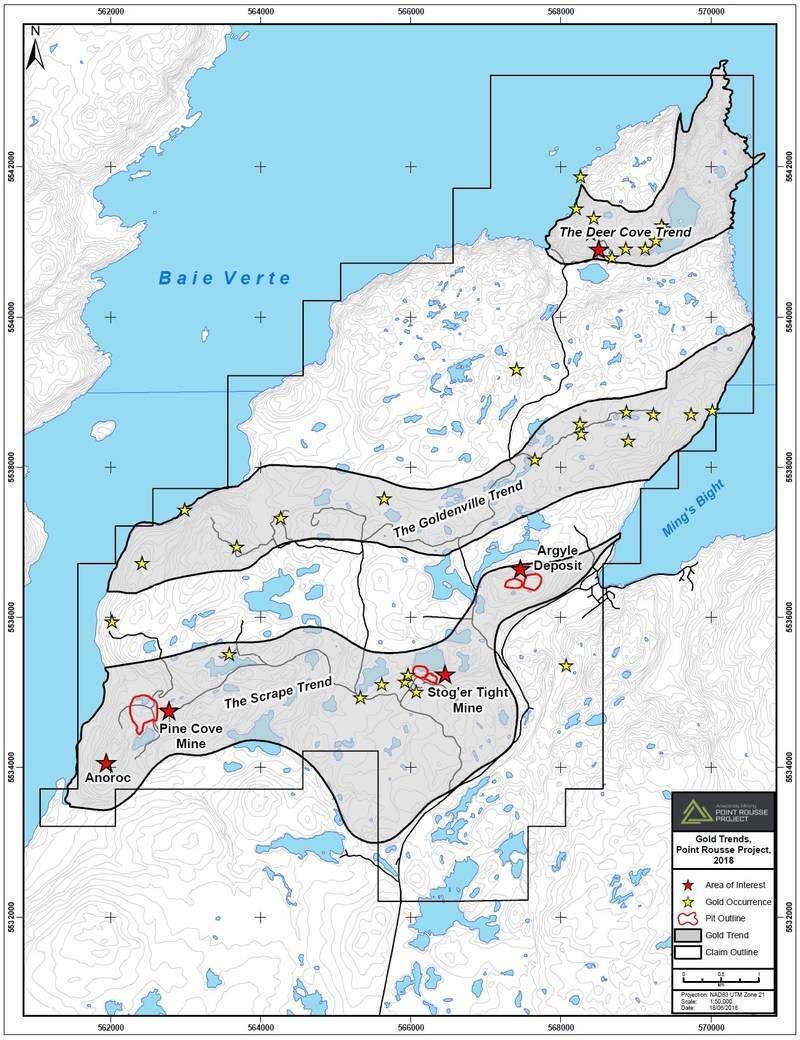 Image: A map showing the location of the three geological trends hosting prospective geology at Point Rousse with a cumulative strike of 20 km. Photo: courtesy of CNW Group/Anaconda Mining Inc.

Anaconda Mining plans to carry out 5,000m of diamond drilling at three priority targets at the Point Rousse Project. Located in the Baie Verte Mining District, the Point Rousse Project is made up of the Stog’er Tight Mine, the Pine Cove open pit mine, the Argyle Mineral Resource, the fully-permitted Pine Cove Mill and tailings facility, and nearly 5,800 hectares of gold-bearing property.

Anaconda Mining will also accommodate a 30-line kilometers of ground magnetic and Induced Polarization (IP) geophysical surveys during its 2018 exploration program, which is set to begin this month. The program is likely to continue into the early fall of 2018 with drill results to follow shortly.

According to Anaconda Mining, the Point Rousse Project has yielded 118,028 ounces of gold since 2010. Since then, the company has developed two mining operations and is in the midst of developing a third at the Argyle deposit, where it will focus on resource expansion.

Anaconda Mining expects a high probability for the discovery of additional gold deposits at the Anoroc and Deer Cove prospects.

Anaconda Mining president and CEO Dustin Angelo said: “Our goal is to continue to extend our production profile at Point Rousse, which currently includes two years of mineral reserves from Pine Cove and Stog’er Tight, with expected throughput to follow from Argyle, which is currently in the permitting process.

“The Exploration Program supports our growth strategy in Atlantic Canada, leveraging the Company’s extensive mine and mill infrastructure.”

Apart from the Point Rousse Project, Anaconda is also engaged in the development of the Goldboro Gold Project in the Canadian state of Nova Scotia. Goldboro was acquired last year by Anaconda as part of its merger with Orex Exploration.