Aker BP has signed a deal to acquire Total E&P Norge’s stakes in a portfolio of licenses located on the Norwegian Continental Shelf for a total of $205m. 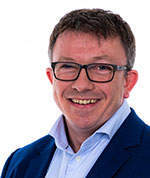 Included in the portfolio are four discoveries – Trell, Trine, Alve Nord and Rind, which put together have net recoverable resources of 83 million barrels oil equivalents (mmboe) as per the Norwegian Petroleum Directorate estimates.

The Trell and Trine discoveries are located near the Aker BP-operated Alvheim field. Production from the two fields is anticipated to be carried out by the Alvheim floating production storage and offloading unit (FPSO).

The Alve Nord discovery, which is located north of the Aker BP-operated Skarv field, will have its production through the Skarv FPSO.

The Rind discovery is part of the NOAKA area, where the total recoverable resources are projected to be over 500mmboe. Aker BP has been working towards a new area development in the NOAKA area.

The Norwegian company said that apart from the four discoveries, the deal also gives it increased stake in an exploration acreage located near the Ula field operated by it.

“This requires continuous development and optimisation of the existing reserves and resources, as well as adding new resources through exploration and acquisitions of existing discoveries.”

Hersvik added that the deal will help Aker BP gain access to new tie-back opportunities in the Alvheim and Skarv areas apart from consolidating the company’s resource base in the NOAKA area.

The new resources added through the transaction are also expected to further boost the long-term production profile of Aker BP while contributing positively to its future earnings, said Hersvik.

The closing of the transaction will be based on approval from the Norwegian authorities.

Last month, Aker BP was awarded interests in six new production licenses in Norway, all located in the Barents Sea. The company will be operator in two of the licenses it had won during the country’s 24th licensing round.