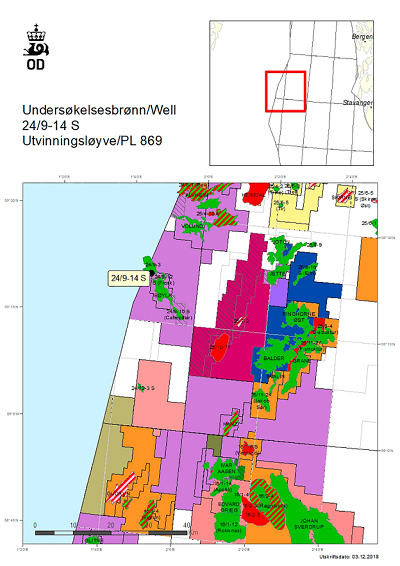 The drilling program for well 24/9-14 S relates to drilling of wildcat wells in production licence 869, where Aker BP ASA is operator with an ownership interest of 60 per cent. The other licensees are Lundin Norway AS (20 per cent) and Point Resources AS (20 per cent).

The area in this licence consists of parts of blocks 24/9, 24/12 and 25/7. The well will be drilled about four kilometres northwest of the Bøyla field in the central part of the North Sea.

Production licence 869 was awarded on 10 February 2017 (APA 2016). This is the second exploration well to be drilled in the licence itself, but several wildcat wells have been drilled previously within the licence area.