The companies will focus on the use of robotics systems to offshore operations safer, more efficient and sustainable 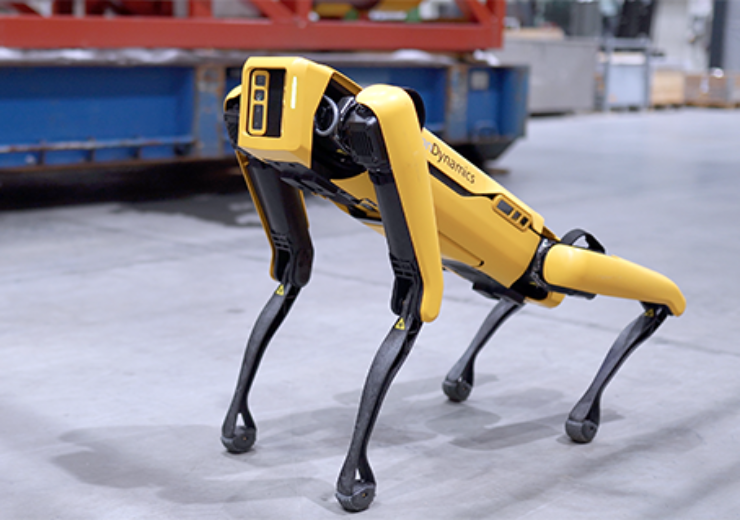 Boston Dynamics-developed quadruped robot, Spot, is one of the robots to be involved in the initiative. Credit: Aker BP.

Norway-based oil exploration and development company Aker BP has entered into a partnership with global industrial artificial intelligence (AI) software-as-a-service (SaaS) firm Cognite to explore the potential of robotics in the offshore oil and gas industry.

Under the strategic partnership, the two companies will carry out several tests using robots and drones on the Skarv installation in the Norwegian Sea this year.

According to Aker BP, the firms will test the robotics systems for their performance in autonomous inspection, high-quality data capture and, and automatic report generation.

Other testing tasks may include aerial and underwater inspections and the system’s response to leaks.

Cognite and Aker BP will focus on the use of robotics systems to perform safer, more efficient and sustainable offshore operations.

Boston Dynamics-developed quadruped robot is involved in the initiative

Boston Dynamics-developed quadruped robot, Spot, is one of the robots that is involved in the initiative.

The companies have already tested Spot’s mobility in simulated oil and gas environments. The test ensures that the system can operate in locations in the facilities that are difficult to access through traditional automation.

Aker BP CEO Karl Johnny Hersvik said: “Digitalisation will be one of the differentiators between the oil companies of the world, in order to be able to deliver low cost and low emissions. Exploring the potential of robotics offshore underpin our digital journey.”

Cognite CEO John Markus Lervik said: “The key to Aker BP and Cognite’s robotics initiative is that it combines industry-leading hardware and software.

“By ingesting data collected by robots into Cognite Data Fusion, Aker BP engineers will be able to see it in context with data from across the company’s operations and make data-driven decisions that improve efficiency and safety.”

In August 2018, Aker BP had signed a data liberation contract with Cognite and Framo Services to increase the digitisation of the Ivar Aasen platform in the North Sea.

TietoEVRY to divest its oil and gas software business