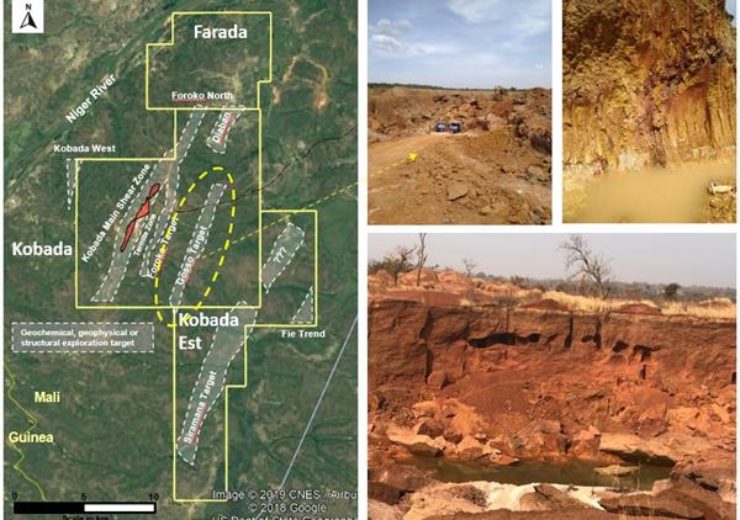 African Gold Group announced exciting prospecting and rock sampling results from a new shear zone on its fully permitted Kobada Gold Project located in southern Mali. Highlights include rock sample results from the previously untested Gosso target (the “Gosso Target”), located 4 km to the East of the main Kobada Shear zone, where all prior exploration of the Company has been targeted at.

“We are very happy to report the potential for additional gold resources of this new shear zone. All prior drilling has been focused on the main Kobada Shear zone of which we only have tested 4 km along a total delineated strike of 16km,” says Dr. Andreas Rompel, Vice President Exploration of the Company. “This Gosso target adds mineralized strike kilometers to our already known Kobada Shear, and we intend to test it by drilling during the next phase of exploration drilling.”

Gosso Target is situated 4 km East of and parallel to the Kobada Main Shear zone. This shear zone extends for a length of at least 5 km with rock assays ranging from 0.5 to 4.60 g/t Au. The Gosso Target has been exposed by historical, artisanal mining to a depth of approximately 10 meters.

Mineralization at the Gosso Target appears to be similar in structure to the Kobada Main Shear zone located 4 km to the west and reinforces the prospect of multiple mineralized deposits on the Company’s regional-scale land package.

To date, only 4 km of the main shear zone at the Kobada Gold Project have been properly drill-tested, with the remaining 26 km of identified gold-bearing shear zones not yet tested. The rock sample results from the Gosso target confirm the Company’s view that the identified, yet untested gold-bearing shear zones on its property represent a significant opportunity for growing the resource at the Kobada Gold Project. The Company will embark on exploration drilling to test the Gosso Target along with the northern extension of the Kobada Main Shear zone.

The Kobada Gold Project is a fully licensed and permitted advanced development project located in the prolific Birimian Greenstone belt in Southern Mali. The Company is working towards delivering the definitive feasibility study (the “DFS”) in Q2 2020 as a part of the final process before commencement of construction. Since 2019, the Company has completed a drilling campaign totaling 11,428 meters (m) withing the Kobada concession area.

Volkswagen to support sustainable artisanal cobalt mining in the Congo