ADNOC Sour Gas, a subsidiary of the Abu Dhabi National Oil Company (ADNOC), has announced that the construction of a new sulphur pipeline is on track for its Shah sour gas field. 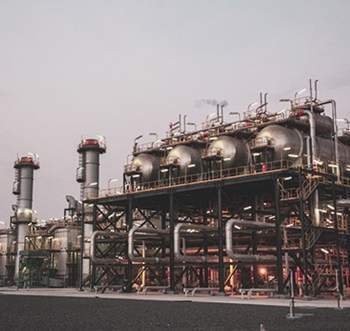 ADNOC Sour Gas will use the additional pipeline to move the liquid sulphur from the main processing plant to the granulation sulphur plant.

At the granulation facility, the sulphur is granulated, stockpiled, and transported, via rail, to a sulphur handling terminal at ADNOC’s Ruwais Downstream hub.

The company exports granulated sulphur to fertilizer customers around the world.

The new sulphur pipeline is expected to begin operations next year.

ADNOC Sour Gas said: “The pipeline, which will cater for future Sulphur production expansion, create greater value from a main commodity of sour gas processing and increase flexibility around existing operations, is scheduled to be commissioned in 2019.”

MMEC Mannesmann (Germany) is responsible for the engineering, procurement, construction and commissioning of the new pipeline.

By partnering with Occidental Petroleum, ADNOC is advancing its plans to increase sour gas processing by 50% of existing capacity. The expansion of the Shah processing facilities is expected to make ADNOC one of the world’s largest producers of sulphur.