India’s Adani Enterprises has secured an approval from the Australian federal government for groundwater management plan for the proposed Carmichael coal mine and rail infrastructure project in Central Queensland. 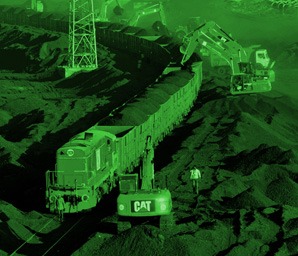 The project, which expected to incur $2.8bn investment for the initial construction and pre-production activities, will comprise a 27.5 million tons per annum (Mtpa) green field coal mine and a 200km railway line to connect the mine to the existing Goonyella rail system.

The Australian Department of the Environment and Energy, which thoroughly assessed the project’s water management plans, has commissioned independent technical advice from Geoscience Australia and the Commonwealth Scientific and Industrial Research Organisation (CSIRO).

Following independent assessment, CSIRO and Geoscience Australia have confirmed the revised plans for the project and that they meet strict scientific requirements.

Australian Environment Minister Melissa Price said: “Following this independent assessment and the Department of the Environment and Energy’s recommendation for approval, I have accepted the scientific advice and therefore approved the groundwater management plans for the Carmichael Coal Mine and Rail Infrastructure project under the Environment Protection and Biodiversity Conservation Act 1999.”

The decision, however, excludes the final approval for the proposed coal mining project, which is subject to further approvals from the Queensland Government to commence construction.

The firm has secured approvals for 16 of 25 environmental plans by the Commonwealth and Queensland Governments.

Price added: “It must meet further stringent conditions of approval from the Commonwealth before it can begin producing coal.”

Located across a 200km² area in the northern part of Galilee Basin, approximately 160km north-west of Clermont in Central Queensland, the coal mine project is expected to create 1,075 jobs during construction phase and 3,800 jobs once operational.

Planned to commence production in 2021, the Carmichael mine is expected to have approximately 60 years of operational life.

The project is said to be commercial as there is no financial support from the Australian Government.