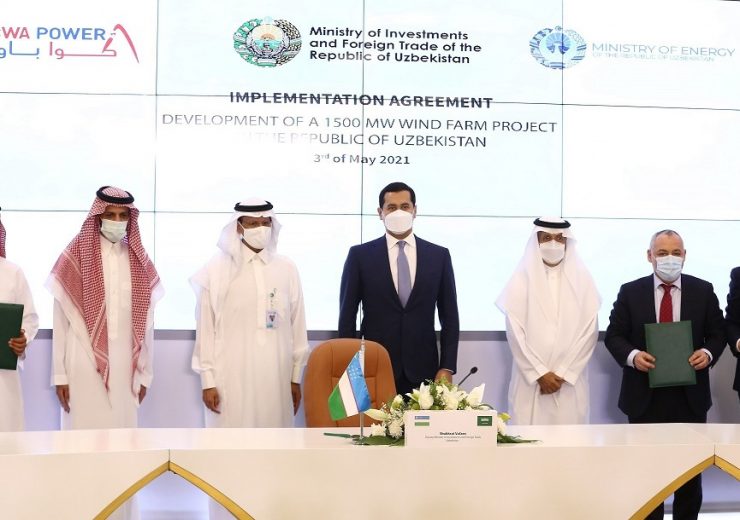 Saudi Arabian’s ACWA Power has signed an implementation agreement with Uzbekistan’s Ministry of Investments and Foreign Trade and Ministry of Energy to build a 1.5GW wind power project in the country.

The company will also be responsible for the development and operation of the wind project that will be located in Karakalpakstan.

Once operational, the wind project is expected to generate enough electricity to meet power consumption needs of approximately 4 million households.

In addition, the facility will offset nearly 2.5 million tonnes of carbon dioxide per year.

The wind power project is expected to boost the government’s efforts to diversify Uzbekistan’s energy mix.

ACWA Power chairman Mohammad Abunayyan said: “We are delighted to finalise the implementation agreement for the 1,500MW Karakalpakstan wind farm with Uzbekistan’s Ministry of Investments and Foreign Trade and Ministry of Energy here in Saudi Arabia.

“We are expanding on our international cooperation and continued partnership aimed at accelerating Uzbekistan’s energy transition.

“This project is yet another landmark accomplishment for the country and reinforces ACWA Power’s commitment to working with high-growth markets such as Uzbekistan to deliver on their ambitious renewable energy and sustainability goals.”

The project will also contribute to the government’s target to produce 30% of the country’s power capacity from renewable sources by 2030.

The company also has a 1.5GW gas fired power project under construction in Sirdarya in the country.

Upon completion, the power plant is expected to meet 15% of power demand in Uzbekistan