ACCIONA Energía announced that it has renovated the El Cabrito wind farm in Cadiz province, Spain, to increase energy production by 16% and reduce the environmental impact.

Image: ACCIONA has announced the renovation of the El Cabrito wind farm in Cadiz province. Photo: Courtesy of Acciona, S.A.

The El Cabrito wind farm was installed 23 years ago with 90 wind turbines, which are now replaced with 12 of modern technology turbines. Renovation of the wind farm is done maintaining the same capacity of 30MW, while increasing energy production by 16%.

Fourteen months after having started removing the old wind turbines, the company has completed the start-up phase of the wind farm in the last week of 2018.

The disassembly of the old wind farm involved removing the foundations, platforms, unnecessary accesses and 31 transformers along with the withdrawal and management of the waste generated.

Modern turbines of Nordex Acciona Windpower technology have replaced the old lattice tower turbines with a capacity of 330kW each and between 24 and 36mts in height.

ACCIONA said: “The renewal process has meant a major improvement in terms of the wind farm’s environmental impact on the surroundings. As the number of turbines has decreased 7.5 times, the wind farm’s visual impact has also fallen, as well as the levels of noise. These benefits are also facilitated by the superior technology of the wind turbines.”

The new El Cabrito is expected to generate on average 112GWh of clean energy per annum, around 16% more than the old wind farm. This output of renewable energy is adequate for the consumption of around 30,000 homes, and avoids the emission of 107,000 tons of CO2 from coal-fired power plants. 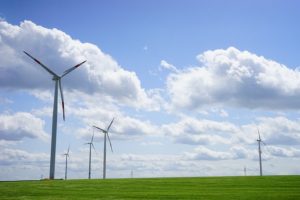 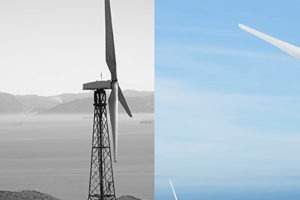