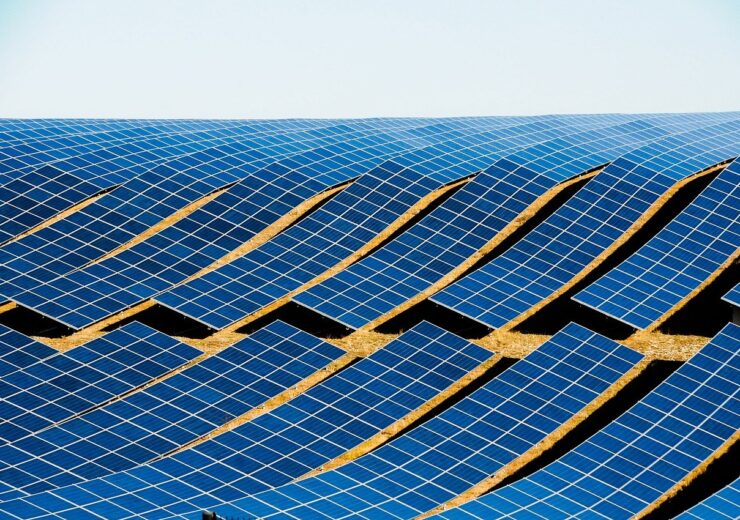 The solar complex will be powered by 580,000 photovolataic (PV) modules. (Credit: Pixabay/Grégory ROOSE.)

Acciona, a Spanish renewable energy developer, has announced the start of construction on the 238MW Malgarida solar complex, located in Chile.

The solar complex includes two projects, the Malgarida I and II, whose construction follows the commissioning of the 84MW Tolpán wind farm and 64MW Usya solar plant in the first half of this year.

The Malgarida I and II solar plants are being constructed with an investment of $170m and are expected to annually generate about 654GWh and the energy will be sufficient to power nearly 280,000 Chilean homes.

The two projects will occupy an area of 535 hectares of land and will be powered by 580,000 photovolataic (PV) modules, set on horizontal trackers.

The two solar plants can also prevent about 512,000 tons of CO2 emissions from entering the atmosphere annually.

Expected to be commissioned next year, the solar complex will increase Acciona’s installed capacity in Chile to over 922MW.

During the construction period, the Malgarida I and II solar complex could create up to 700 jobs locally.

Acciona South America energy head José Ignacio Escobar said: “Over the last two years, ACCIONA has focused a large part of its investments in Chile on renewable energies. From late 2019 to date, we have commissioned two wind farms and two photovoltaic plants totalling 400MW and nearly US$600 million in investments.

“The construction launch of the Malgarida I and II projects reflects the company’s confidence in the Chilean market, while reinforcing ACCIONA’s leading position in the development of renewable energy in the country.”

This year, the company has increased its operational capacity in Chile to 684MW after the commissioning of the Tolpán wind farm and the Usya solar plant.

Located in Araucanía Region, the Tolpán Sur wind farm is powered by 28 of Nordex’s AW132/3000 wind turbines, each with 3MW of generating capacity.

Sitting on 120m long concrete towers, the wind farm is located close to the 183MW San Gabriel wind project developed by Acciona, which is already operating.

The Usya solar plant is located in municipality of Calama, in the country’s Antofagasta Region. Powered by more than 187,000 PV modules, the solar plant generates about 146GWh of clean energy per year.