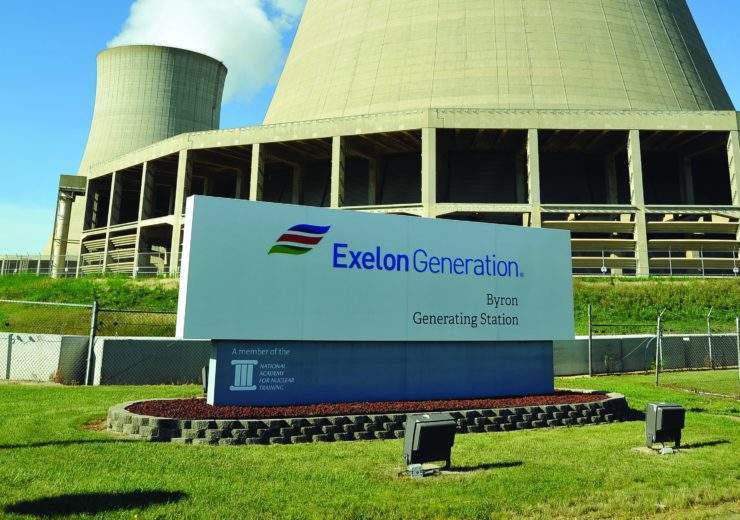 The zirconium-clad fuel currently in use as the industry standard for light water reactors (LWRs) has been safe and reliable in normal and accident conditions, but it has an exothermic reaction to steam when exposed to the high temperatures experienced in ‘beyond design basis’ accidents. This is why, in 2012, the US Congress directed the US Department of Energy (DOE) to give priority to developing enhanced fuels and cladding, leading to R&D investment in accident tolerant nuclear fuels (ATF) at US DOE laboratories, in universities, and in the nuclear industry.

Appointed after a competitive process, Westinghouse is one of three nuclear fuel developers that have won awards from the US DOE to develop and implement ATF technologies. Westinghouse had begun developing a fuel aimed at similar objectives in 2003/4.

The nearer term EnCore Fuel has chromium-coated zirconium cladding and ADOPT™ fuel (uranium dioxide) pellets, offering moderate benefits in safety and economics. By making only incremental changes to the current Westinghouse cladding material in use (Zirlo® or Optimised Zirlo™), and using ADOPT pellets, it offers better fuel performance with faster availability to the industry. Lead test rods will be inserted in a commercial reactor in spring 2019; region quantities are scheduled for 2023.

The longer term EnCore Fuel comprises cladding made of a silicon carbide ceramic matrix composite, with high-density uranium silicide fuel pellets. Westinghouse believes the economic benefits of this combination distinguish EnCore Fuel products from other ATF products in the industry.

Westinghouse began exploratory studies for coated zirconium cladding in 2013 and investigated a wide range of coating materials and processes. With the University of Wisconsin-Madison, the team developed and optimised a cold spray technology to coat zirconium cladding tubes with a selection of the materials. Chromium was chosen as the final coating material for its superior coating quality and performance. The cold spray method of application was chosen because it is a fast deposition process at ambient conditions and offers optimal bond strength between the coating and the base zirconium material.

The coated cladding inherits all of the benefits of the base zirconium material properties but improves its oxidation and corrosion resistance for both normal operation and accident conditions. The coating is also expected to provide better mechanical strength against being burst open at higher temperatures, due to the strength retention of even thinly layered chromium, as well as better fretting wear resistance than uncoated zirconium.

Testing has shown that the chromium-coated zirconium fuel can survive temperatures up to 1500°C, a 300°C improvement over the 1200°C maximum survival temperature of today’s fuels.

To scale up the coating process for a 14-foot long full-length tube, Westinghouse partnered with the Army Research Laboratory (ARL) due to the ARL’s extensive experience and expertise in cold spray and industrial applications for larger components. ARL has coated zirconium tube prototypes in its cold spray facility.

In May, ARL constructed a platform for full-length coated tubes. This work supports the current focus of the Westinghouse ATF programme: qualification and production of full-length chromium-coated tubes that will be loaded as the first nearer term EnCore Fuel lead test rods into Exelon Generation’s Byron 2 in spring 2019.

The Westinghouse ADOPT pellet is a mature design that has been fueling BWRs in Europe for 10 years. It improves uranium dioxide by including alumina and chromia in very small amounts. These additives promote grain growth and sinterability of the uranium dioxide, tripling grain size and increasing density by up to 2%. The larger grain size delays fission product transport and provides better retention of fission gases. The higher density allows more uranium to be placed in fuel assemblies for a higher linear power (higher burnup), which improves fuel economics. The pellet is also expected to provide additional safety benefits in terms of fuel fragmentation, relocation, and disposal in an event such as a loss-of-coolant accident.

The Westinghouse fuel facility in Västerås, Sweden, has already fabricated the pellets needed for the planned lead test rods.

Westinghouse is partnering with ENUSA Industrias Avanzandas in Spain with the goal of improving the methodology to model and license ATF in Europe.

Testing has shown that the silicon carbide cladding retains its strength with no degradation and resists steam oxidation at temperatures above 1700°C. Current zirconium-based cladding loses most of its strength at temperatures higher than 800°C. Tests also show that the cladding has excellent accident tolerance performance with minimal oxidation occurring and little hydrogen generated in steam at 1700°C – 500°C higher than the current temperature limit for zirconium cladding. More aggressive tests have shown that the silicon carbide cladding can survive above 2000°C – a step change in safety for severe accident scenarios. In addition, silicon carbide cladding has a lower neutron adsorption cross section than zirconium, which results in better neutron economy and fuel utilisation.

General Atomics has scaled up the length of the reinforced SiGA cladding tubes from six inches to three feet and is working towards manufacturing full-length tubes.

The team is also making headway on addressing technical issues that were previously seen as too difficult to overcome. This includes being able to maintain good bond strength in the hermetic seal between the silicon carbide tubes and silicon carbide end plugs during irradiation. To achieve this, the manufacturing process was carefully controlled to achieve optimum surface conditions and to meet drawing requirements and specifications. Secondly, the hydrothermal corrosion resistance of silicon carbide at normal operating conditions has been improved to the point that it now meets the acceptance criteria. To assess the compatibility of silicon carbide cladding with current LWR fuel assembly designs, General Atomics and Westinghouse are conducting mechanical tests such as rod loading tests, grid crush tests, expanding plug tests and four-point bend tests.

Westinghouse, the Idaho National Laboratory (INL) and the Los Alamos National Laboratory began developing and manufacturing uranium silicide and its composite fuels through DOE’s Accident Tolerant Fuel programme. INL manufactured uranium silicide fuel pins and began irradiating them in its Advanced Test Reactor in 2014. A couple of the fuel pins reached around 20MWd/kgU burnup in 2016 and were discharged for post-irradiation examination. They underwent neutron and x-ray tomography, fission gas analyses, gamma scans, optical microscopy and profilometry, among others. The results reveal uranium silicide fuel’s stability under irradiation at about 15kW/ft linear power – more than twice that of current LWR fuels – with near-zero swelling and fission gas release, suggesting that uranium silicide is suitable for high-power, high-duty operations.

The Westinghouse team has also been resolving technical challenges in uranium silicide development. One is the lack of a commercial route for making uranium silicide from uranium hexafluoride. Westinghouse’s technology partner in the United Kingdom, the National Nuclear Laboratory, developed, installed and is now operating a research facility that has already generated data to assess the optimum synthesis route. National Nuclear Laboratory is planning to upgrade the new facility to allow reactions to occur at higher temperatures – greater than 850°C – to promote more desirable reactions at a faster rate.

The overall Westinghouse EnCore Fuel product implementation timeline, including supporting activities such as irradiation tests, licensing and manufacturing is shown in the table. Many Westinghouse ATF programme activities focus on preparations to insert the lead test rods (LTR) of the nearer term chromium-coated cladding and the ADOPT pellets in Bryon 2 in spring 2019, with a goal of region reloads by 2023.

Westinghouse is also moving forward to irradiate uranium silicide pellets in the lead test rods destined for the Byron reactor, to gain valuable operation experience. SiGA cladding filled with high-density uranium silicide fuel pellets will be irradiated in a commercial reactor in 2022.