ABR gets all operational permits for production at Fort Cady mine

Fort Cady Borate mine project is a 100% owned property of American Pacific Borates, and is located in Southern California, US 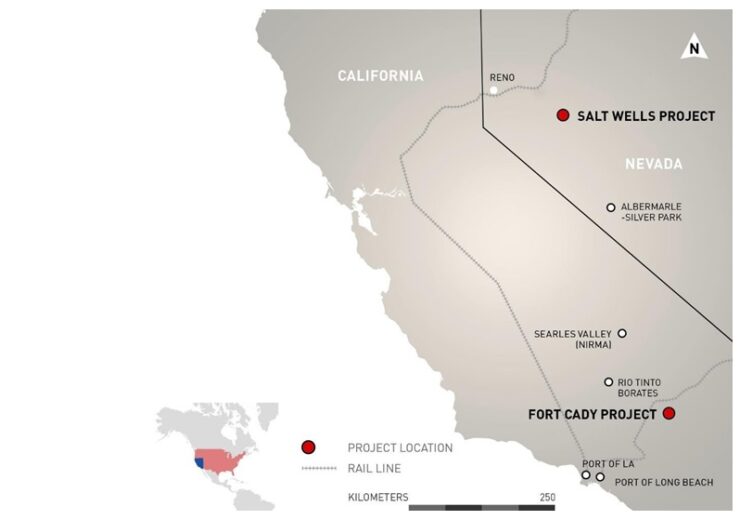 Location of the Fort Cady and Salt Wells Projects in the US. (Credit: American Pacific Borates Limited.)

American Pacific Borates (ABR) has secured the underground injection control permit from the US Environmental Protection Agency (EPA) for the production at Fort Cady Borate Mine.

With the current permit, the company has all essential operational permits for production of borates and sulphate of potash (SoP) at Fort Cady facility.

ABR CEO and managing director Michael Schlumpberger said: “This is another important milestone in our transition from developer to producer. We now have all substantive operational permits in place for the production of both borates and SOP from our Fort Cady Borate Mine in California.

“We are now less than 12 months from production of speciality fertilisers and micro nutrients to be targeted initially at the high-priced Californian fertiliser market right on our door step. This is another key step in our intention to become a globally significant producer of specialty fertilisers.”

Fort Cady is a Borate mine project that is 100% owned by American Pacific Borates, and is located in Southern California, the US.

The company said that Fort Cady is a rare and large colemanite deposit and the largest contained borate occurrence not owned by either of the major borate producers, Rio Tinto or Eti Maden. The JORC compliant mineral resource estimate and reserve of the project shows 13.93Mt of contained boric acid.

ABR has completed a definitive feasibility study (DFS) in December 2018, and an enhanced DFS in April 2020.