Nel has announced the construction of an electrolyzer plant at Notodden, Norway with an annual capacity of 360MW. 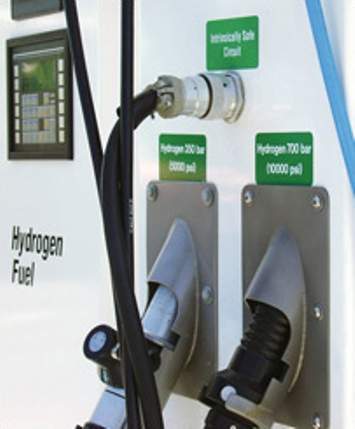 Nel’s new plant will be an extension of its current facility at Notodden and will be a fully automated plant, which is claimed todeliver efficient electrolyzers at low cost. It is being constructed at an estimated cost of NOK150m ($17.9m).

The capacity of plant is claimed to be about 10 times the current annual production of Nel. The plant is being extended after the company has secured a multi-billion NOK order from Nikola Motor.

Nel CEO Jon André Løkke said: “We want to change the world and make renewable hydrogen mainstream, not a niche product like it is today. As a market leader, Nel is now stepping up to make available technology that can outcompete fossil alternatives like natural gas reforming.

The expansion of plant can fully support Nikola and can also accommodate other customers who want to make significant change to their business model.

When fully expanded, optimized and ramped up, the total Notodden facility will be able to deliver up to 360MW worth of electrolyzers annually at a five-shift operation, which is more than 160 A485 units per year.

Nel’s A485 electrolyzer unit is part of it’s A range of electrolyzers. This is a modular series and claims to enable customised delivery of hydrogen for any application, configuration and size. The production is automatically controlled and offers a wide operational range between 15% and 100% installed capacity.

The facility is expected to be fully operational by early 2020 and ramp up will be aligned with customer requirements.

This year, the Notodden facility was expanded from a production capacity of 25 to 40MW per year through debottlenecking and optimizing the existing plant. After the first stage of expansion was completed, Nel secured a contract from Nikola to deliver 448 electrolyzers.

The contract is part of the electric automaker’s development of hydrogen station infrastructure in the US for trucks and passenger vehicles. Under the contract, Nel will deliver up to 1GW of electrolysis plus fueling equipment.