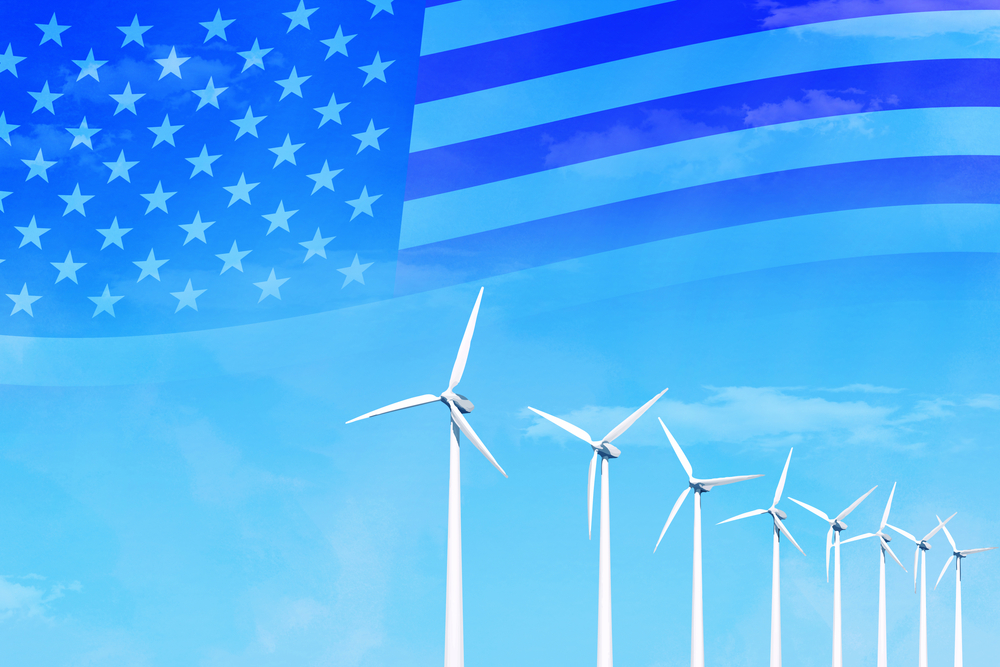 The IEEFA report notes that wind and solar technology improvements have helped turn the two resources into the “least-cost option” across the US (Credit: Shutterstock/Visuals6x)

The energy transition to renewables in the US is “likely to accelerate” over the next two to three years, says a report.

The analysis by the Institute for Energy Economics and Financial Analysis (IEEFA) claims the speed and scope of the transition will mean coal and gas, which have dominated the nation’s energy mix for a number of years, are set to become the “biggest losers” as clean energy generation climbs quickly.

The report, titled U.S. Power Sector Outlook 2021, highlights how solar and battery storage adoption is “enjoying almost exponential growth”, and notes that wind and solar technology improvements have helped turn the two resources into the “least-cost option” across the US.

“Coal will be pushed out of the electricity sector completely, with gas set to decline as well,” said Dennis Wamsted, an IEEFA analyst and report co-author. “Cleaner and lower-cost wind and solar, coupled with battery storage, will drive fossil fuels out of the market.”

It said coal’s share in the US generation sector could fall to 10% by 2025 – marking a huge decline from just seven years ago when it made up 39% of the mix.

Data from the US Energy Information Administration (EIA) shows that between 2010 and the first quarter of 2019, US power firms announced the retirement of more than 546 coal-fired power units – representing about 102 gigawatts (GW) of generating capacity and roughly a third of the coal fleet that was operating in 2010.

During Donald Trump’s presidency, he made several changes to ease environmental legislation’s in an attempt to fulfil his promise to “end the war on coal”.

But, as President Joe Biden plans to invest $1.7tn over the next 10 years into a “clean energy revolution”, the ailing coal industry is unlikely to receive any help from the Oval Office’s latest incumbent.

Meanwhile, utility-scale wind and solar accounted for more than 10% of total US electricity generation in 2020 for the first time.

“This is just the start of a transition that is rapidly accelerating, driven by sharp declines in cost, stricter environmental regulations for coal generation and mounting public concern about climate change,” said David Schlissel, IEEFA director of resource planning analysis and report co-author.

The IEEFA’s 2021 Power Outlook highlights that changes occurring in Texas, a typically fossil fuel-reliant state, may be most indicative of the changes happening in the overall electric sector.

Seth Feaster, an IEEFA energy data analyst and report co-author, said: “The Texas transition will not be replicated precisely in other areas of the country, but the broad themes are certainly going to hold true, particularly the surge in new wind and solar generation through to 2024.”