Top five countries for biofuel production across the globe

Produced from biomass, biofuels have multiple uses in our daily lives as transportation fuels, fuel for power generation, in production of heat, cooking and other purposes. 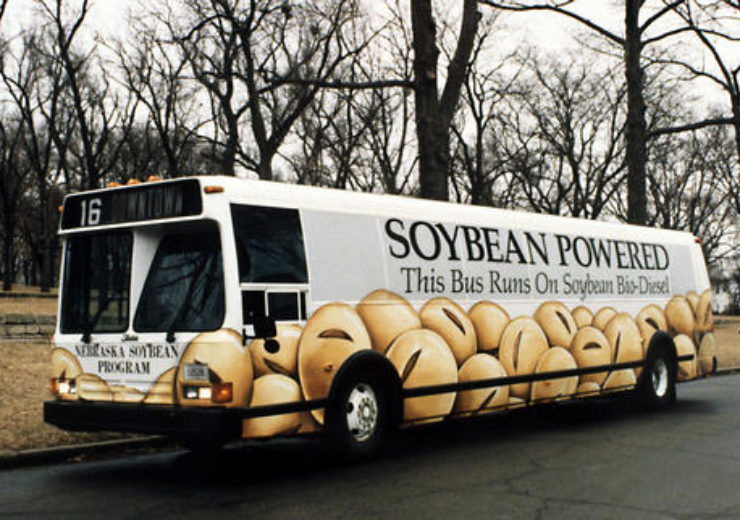 Biofuels, such as ethanol, biodiesel, green diesel, biogas, biogasoline, and others, are produced from a range of feedstock including wood fuel, charcoal, wood pellets, forestry residues, agriculture crops, and industrial and municipal waste.

In 2018, a total of 2,616 thousand barrels/day of biofuels were produced in the world, as per the World Gas and Renewables Review 2019 published by Italian oil and gas major Eni.

The US and Brazil have dominated the biofuels market with a combined share of nearly 87% of the world’s production in 2018.

The US is the leading biofuel producing country in the world with a 2018 production of 1,190.2 thousand barrels/day.

The country contributed 45.5% of the world’s biofuel production in 2018. The US is also the world’s leading producer of biogasoline with a 55.4% share — equivalent to around 1,047 thousand barrels/day.

The country is also the world’s leading producer of biodiesel with a share of 19.4%, which translates to nearly 136.18 thousand barrels/day as of end 2018.

The US mainly uses corn as the primary feedstock for producing fuel ethanol and soybeans for biodiesel production. As per the Grain Crushings and Co-Products Production report published by the United States Department of Agriculture (USDA), more than 5.55 billion bushels of corn were crushed for the production of ethanol fuel in 2018.

For the same year, the Energy Information Administration (EIA) said that the US produced around 16.061 billion gallons of ethanol, with Iowa being the leading state with a production of around 4.328 billion gallons per year.

Brazil ranks second among the leading biofuel producing countries with a 2018 output of 693.2 thousand barrels/day.

The South American country had a 26.5% share of the world’s total biofuel production in 2018. Brazil is also the second-ranked producer of biogasoline in the world with a 31.5% share — equivalent to nearly 595.35 thousand barrels/day.

Brazil also stands at the second position in the list of leading producers of biodiesel, with a share of 14.1% amounting to about 99,000 barrels/day.

The Latin American country primarily uses sugar cane for producing fuel ethanol and soybeans for the production of biodiesel.

Bagasse, which is produced by crushing sugar cane, is widely used as fuel in sugar mill co-generation plants to meet the onsite energy demand. In certain cases, bagasse is used for supplying surplus electricity for export purposes.

According to the USDA, Brazil is estimated to have produced 30.755 billion litres of ethanol in 2018, which was 9% more than the revised figure for 2017. In 2018, the total domestic demand for ethanol for fuel and other purposes was estimated at 28.72 billion litres.

Germany, which produced 75.8 thousand barrels/day in 2018, stands third among the top biofuel producing countries in the world. The country accounted for 2.9% of the global biofuel production capacity in 2018.

According to the German Association of Biodiesel Producers (Verband der Deutschen Biokraftstoffindustrie, VDB), German firms produced 3.2 million tonnes of biodiesel in 2018. Rapeseed and used cooking oil are the main raw materials used in the production of this fuel.

The country exports significant volumes of its biodiesel production. The Netherlands is the top importer of fuel produced in Germany, according to a report published by the Union zur Förderung von Oel- und Proteinpflanzen (UFOP).  Belgium, Poland, Austria, and the US are the other importers of the country’s biodiesel.

ADM Ölmühle Hamburg, a subsidiary of the American group Archer Daniels Midland Company, is one of the major producers of biodiesel in Germany.  ADM Rothensee, a subsidiary of ADM Hamburg Aktiengesellschaft, is involved in the origination of rapeseed from farmers, farmers’ associations, co-operatives, and local merchants.

The country currently operates nineteen bioethanol plants that are capable of producing 1.4 billion litres as of this year, with thirteen plants using sugarcane as feedstock and the remaining opting for corn, according to a USDA report.

The 2006 Biofuels Law 26,093, enacted by Argentina, mandated a 5% mix of bioethanol in gasoline and biodiesel in diesel starting from 2010.  The blend mandated a 12% mix for ethanol and a 10% mix for biodiesel since 2016.  The country also passed a law in 2008 to promote the production of bioethanol from sugarcane.

Currently, Argentina operates a total of 33 biodiesel plants with the largest capable of producing up to 700 million litres per year.

ACA Bio Cooperativa Limitada , the ethanol arm of the Asociación de Cooperativas Argentinas, unveiled plans to expand its existing ethanol production facility with an investment of $53m. The expansion is anticipated to be completed in 2019.

Over the past year, ethanol producers in China increased the domestic production capacity by 258 million litres to a total of 5,258 million litres. China’s ethanol production is mainly driven by the country’s efforts to improve air quality. In 2018, China’s Ministry of Ecology and Environment (MEE) announced strict air pollution reduction measures across Beijing, Tianjin, and Hebei province.

By 2020, China aims to achieve a 10% ethanol-gasoline blend-use nationwide by 2020. It also plans to shift renewable fuel production to commercial-scale production of cellulosic ethanol by 2025.

China is claimed to be the world’s fourth-largest fuel ethanol producer and consumer after the US, Brazil, and the European Union. To avoid dependence on imports, China is required to expand fuel ethanol production from 12,670 to 19,005 million litres to meet domestic demand.