Biodiesel is made from an increasingly diverse mix of resources such as recycled cooking oil, soybean oil and animal fats 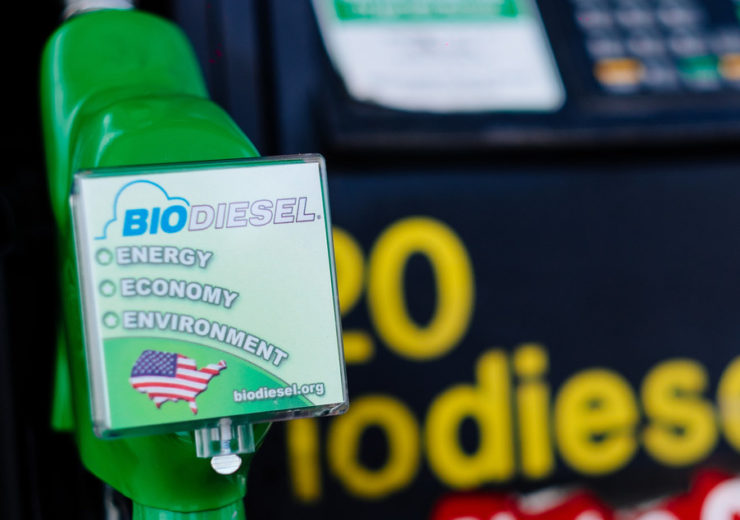 California has cleared the way for storing biodiesel blends of up to 20 percent (B20) in underground storage tanks, removing the last major barrier to satisfying the state’s thirst for biodiesel.

Through an effort lasting more than 10 years, the National Biodiesel Board, several member companies, and the California Advanced Biofuels Alliance provided the State Water Board with data necessary to demonstrate B20 compatibility in underground storage tanks. NBB CEO Donnell Rehagen said the amended regulation fulfills a high priority industry objective to allow double-walled UST owners and operators that wish to store B20 to comply with regulations.

“This is a major victory towards biodiesel’s mainstream integration into the California fuel supply,” Rehagen said. “We recognize the huge potential for biodiesel to supply California with a better and cleaner fuel and applaud state regulators for working closely with us to clear this final hurdle that will allow for more low-carbon biodiesel to make its way to the consumers and fleets all across the state.”

Biodiesel, a renewable fuel for diesel engines, significantly reduces greenhouse gases compared to fossil fuels. This makes biodiesel use an important strategy in meeting the state’s Low Carbon Fuel Standard. The California Air Resources Board affirms biodiesel reduces greenhouse gases by at least 50 percent, and often by as much as 81 percent compared to petroleum. This gives biodiesel some of the best carbon scores among all liquid fuels.

The vast majority of diesel fuel is stored in underground storage tanks, particularly at retail fueling locations. Although biodiesel biodegrades in water as fast as sugar, regulators had concerns that any degradation of UST materials could allow diesel fuel to compromise the water supply.

The California State Water Resources Control Board amended California Underground Storage Tank (UST) Regulations on August 6. The regulations now say that diesel containing up to B20, meeting the ASTM standard for B20 (D7467), “shall be recognized as equivalent to diesel for the purpose of complying with existing approval requirements for double-walled USTs, unless any material or component of the UST system has been determined to not be compatible with B20.”

The language reverses the previous wording of the regulation, which in effect required tank owners to prove that every component of the tank was compatible.

“This change in regulations represents a huge milestone for consumers in California, who will now have increased access to B20 in a state where protecting the environment is greatly valued,” said Tyson Keever of biodiesel producer SeQuential and Crimson Renewable Energy who chairs the California Advanced Biofuels Alliance. “Our company is driven to make a positive impact on reducing carbon emissions, to stimulate local economies, and to reduce dependence on fossil fuels, and this new regulation will amplify our ability to do all three.”

California was the last state to accept storages of B20 in underground fuel systems. The regulation will go into effect October 1.

Made from an increasingly diverse mix of resources such as recycled cooking oil, soybean oil and animal fats, biodiesel is the nation’s first domestically produced, commercially available advanced biofuel. NBB is the U.S. trade association representing the entire biodiesel value chain, including producers, feedstock suppliers, and fuel distributors, as well as the U.S. renewable diesel industry.