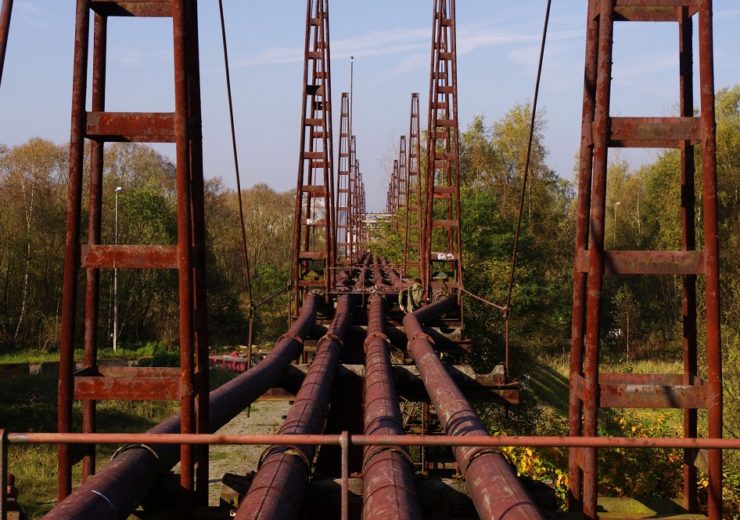 The upstream oil and gas industry is dependent on the use of smart and effective coatings for pipelines and other structures to slow down corrosion and limit costly replacement of equipment. World Expro writer Grace Allen investigates the innovations under development, including research into smart coatings that can self-heal and communicate damage taking place in the BP International Centre for Advanced Materials.

For an industry that relies heavily on steel structures, often placed in harsh and difficult-to-reach environments, corrosion is the enemy – and one that can attack with shocking speed.

“We can see corrosion rates of 2mm a year,” Bill Hedges, BP’s chief engineer for upstream materials, has commented. “It would be just a matter of months and years before much of our equipment was unusable.”

Tackling the effects of corrosion – conducting inspections, replacing equipment, recoating pipelines – is hugely expensive, with estimates suggesting that corrosion costs the industry upwards of two trillion globally. It’s work that simply has to be done.

For pipelines in particular, corrosion can result in environmental and reputational damage from leaks and spills, fire risks and equipment damage, and the vast cost of shutdowns and pipeline system replacement.

In the past, coatings applied to protect pipelines included coal tar and asphalt, or petroleum wax and fibre mesh.

These days, both onshore and offshore pipelines feature coatings of fusion-bonded epoxy and multilayer composites, which boast excellent temperature and water resistance, and are flexible and strong enough to withstand the effects of pipeline movement or impacts from external objects.

While modern coatings used throughout the industry are far superior to those of the past, they do have limitations. Many can be considered harmful to the environment, making use of solvents that include volatile organic compounds (VOCs) that release dangerous peroxides and ozone.

Furthermore, coatings continue to degrade and the process of repairing them is prohibitively expensive – this technology can clearly bear refinement. “These coatings that we use are very expensive but they do degrade, and over time they’ll fail,” stated Sheetal Handa, associate director of the BP International Centre for Advanced Materials (BP-ICAM), on the centre’s website.

This is the impetus behind material science research into new-generation technology with the potential to revolutionise coatings for steel structures throughout the industry.

One aspect that has received particular attention is the employment of nanotechnology in the development of self-healing coatings.

A healing agent – a liquid such as epoxy resin or drying oil – is contained in microcapsules with wall thicknesses of as little as one micrometre (µm) within the coating. These remain passive until the healing agent is released on damage resulting from causes that could include pH changes or mechanical impact.

The agent fills gaps caused by the damage and seals the coating, preventing the exposure of the steel and halting the process of corrosion.

New breed of coatings can be safer, last longer and ultimately save money

This is one of the areas of materials research under investigation at BP-ICAM. Founded by BP in 2012, the collaborative centre brings together researchers at the oil major and four universities: the University of Manchester, the University of Cambridge and Imperial College London in the UK, and the University of Illinois at Urbana-Champaign in the US.

It’s in the labs of the latter that the work is being done on improved coatings. “Our challenge was, could we come up with simple technology that could be applied in conventional ways, without any kind of electronics or human intervention for that matter?” said Jeffery S Moore, professor of chemistry and materials science and engineering, University of Illinois at Urbana-Champaign.

“The idea is not only that will we have materials that last longer, and that are safer, but they should ultimately cost less.”

The research at UIUC has involved the development of an environmentally-friendly self-healing agent. A paper published in the journal ACS Omega in 2018 outlines the rejection of current corrosion inhibitors, which can contain dangerous substances and have poor structural integrity, in favour of lawsone, an agent derived from the henna plant.

Mechanical damage to the coating – which would open the steel below up to corrosion – triggers the release of the lawsone from the capsules to repair the coating. “Self-healing coatings can autonomously prevent corrosion by repairing coating damage whenever and wherever is occurs,” the paper states.

Researchers at the university, including PhD candidate Dhawal Thakare, are working on expanding the range of damage these coatings can act against by developing microcapsules that will respond to changes in external stimuli, such as the pH change triggered when corrosion takes place.

Another area under investigation at BP-ICAM is the creation of smart coatings – those that have the ability to communicate when degradation through damage or corrosion has taken place, allowing for greater understanding of the coating integrity and more targeted repairs.

“We’re trying to develop the self-reporting abilities of these coatings,” said Dr Wenle Li, a researcher at the University of Illinois at Urbana-Champaign. “The coating can report the damage to us by itself, so we will know at a very early stage if the coating has been damaged.”

One way of communicating this damage depends again on microcapsules. This time, the contents of the capsules released upon damage to the coating causes a colour change that indicates the damage location.

“Our team embedded microcapsules, containing an indicating agent in their core, in the polymer coating,” said Nancy Sottos, professor of engineering at UIUC. “We then scratched the coating to damage it, causing the capsules to rupture, release their core contents and trigger the damage-indicating reaction in the form of a bright red colour change or, for use in dark environments such as inside tanks, fluorescence visible under ultraviolet light.”

The advent of smart coatings has the potential to change the way the industry approaches the integrity management and repair of equipment such as pipelines. Currently, it operates from a position that is largely one of ignorance.

“Every coating in a different environment is going to experience different kinds of events: damage, weather, changes in temperature,” Moore explained on the BP-ICAM website. “We’re not certain when a coating might have reached its end of lifetime, so what tends to happen is coatings get stripped and replaced more often than they might need to be.”

The ability for repairs to be targeted precisely when and where they are required has enormous ramifications for the industry, promising savings in time, materials and ultimately money.

As Hedges put it, “A typical coating life is about 10 years. So with these technologies, if we could extend that lifetime by five, 10 years, it would have a massive financial saving for us. The impact is potentially huge.”