In conjunction with energy giant Vitol, renewable power investor Low Carbon is seeking to bolster energy storage in the UK through its VLC Energy venture 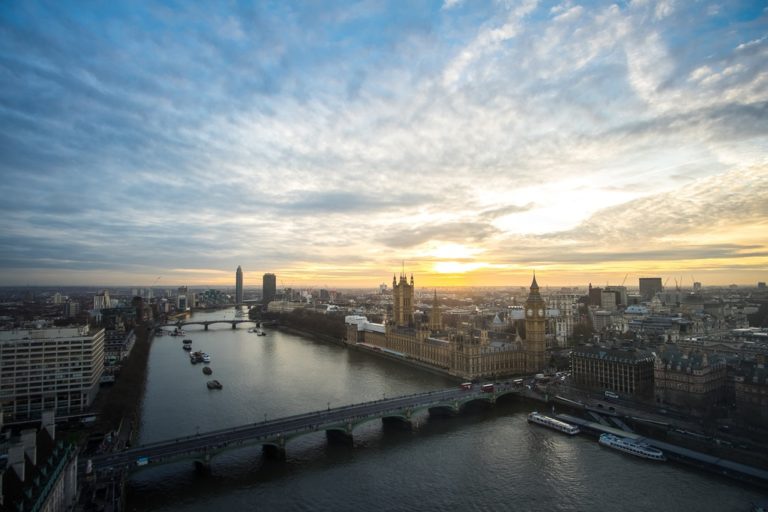 The UK was highlighted by the CCC for its rapid decarbonisation

Battery storage is becoming increasingly sought after as nations the world over look to make more efficient use of the power they generate, and the situation is no different in the UK.

The country has decarbonised at a rate of 3.7% per year since 2000, significantly faster than required by 2015’s Paris agreement, reflected by the Climate Change Committee’s most recent report highlighting Britain as having a particularly clean power sector.

Roughly 20% of the UK’s electricity is accounted for by renewable sources, a figure predicted to rise to 30% by 2020, and its CO2 emissions per person reduced by more than 5% annually between 2011 and 2016.

Without battery storage, however, much of this work is wasted, a present inevitability renewables investor Low Carbon is keen to avoid through its partnership with Vitol, the world’s largest independent energy trader, and the two firms’ joint venture VLC Energy.

“Additional innovation, further unlocking of institutional investors, public support and positive government policies for green growth and renewables at scale are all imperative if climate change is to be effectively mitigated for future generations.”

What is Low Carbon?

Low Carbon is a privately-owned company, based in the UK, which espouses a commitment to making a positive and significant impact on the causes of climate change.

It seeks to reduce emissions around the world and create a global low carbon future through leveraging renewable technologies and managing assets for both listed and unlisted third parties.

Investing in everything from solar photovoltaic technology and wind power to energy storage and waste-to-power systems, the company has facilitated more than £400m of capital since its inception.

“At its core, Low Carbon is committed to tackling climate change and reducing carbon emissions through its long-term investments into the green infrastructure space,” said Mr Bedlow.

“We firmly believe it is possible to provide all the energy we need through renewable sources, and this fund will help us further our ambition.”

“The market has a good mix of proven low carbon technologies and we are seeing strong deal flow for investments across our target sectors.

“We look forward to working with Vitol in identifying and closing new green infrastructure investments.”

A closer look at VLC Energy

VLC Energy is a joint venture between Low Carbon and VPI Immingham, owner of one of the largest combined heat and power plants in Europe and a subsidiary of the Netherlands’ Vitol.

With an initial €200m (£171m) allocation, it has been focusing on various clean energy generation projects in Europe over the past 12 months.

“Also with Low Carbon, we announced our intention to invest in renewable energy assets across Europe, with a focus on large-scale wind generation.

“As a major participant in Europe’s power markets, it is important that we understand and participate in renewable power generation.”

VLC Energy’s growing portfolio comprises two of the UK’s largest upcoming energy storage plants, both announced in early 2017, along with two of the country’s biggest operational facilities, located in Cumbria and Kent.

The Cumbria-based plant is home to 900 battery modules with an installed energy capacity just shy of 7 megawatt hours (MWh), while the facility in Glassenbury, Kent, has 40MW.

Both sites use lithium ion battery technology and comprise advanced energy management systems, in addition to the ability to respond to surges in energy supply and demand in less than a second.

“We’re delighted to have developed these sites with our partners at VPI Immingham, and look forward to expanding VLC Energy’s storage portfolio.

“Energy storage is critical to managing the demands on the grid, ensuring consumer needs are met, and increasing our reliance on low-carbon forms of electricity generation.

“These sites will help us tackle climate change and help the UK realise a cleaner and more energy efficient future.”

Short-term battery storage in the UK

As renewable energy continues its rise to prominence in the UK’s grid, short-term battery storage, in particular, will become increasingly critical to maintaining a balance and stability.

“The use of batteries can enhance National Grid’s ability to manage surges in supply from renewable energy sources, as well as surges in demand, and ultimately increase the Grid’s capacity to accommodate energy generated from renewables,” explained Mr Bedlow.

“They will also be an integral part of building a smarter, cleaner and more flexible energy system for the UK.”

VLC Energy won’t be the only venture dedicated to meeting the demand for energy storage, either.

Earlier this year, the UK Department for Business, Energy and Industrial Strategy (BEIS) launched the Storage at Scale competition, which will make up to £20m available for up to three projects offering alternative storage solutions for either a minimum output of 30MW or minimum capacity of 50MWh.