Despite a surge in oil prices after the US hit on Iranian general Qassem Soleimani, analysts have downplayed fears over risks to the global market — although a major escalation in the conflict could change the picture 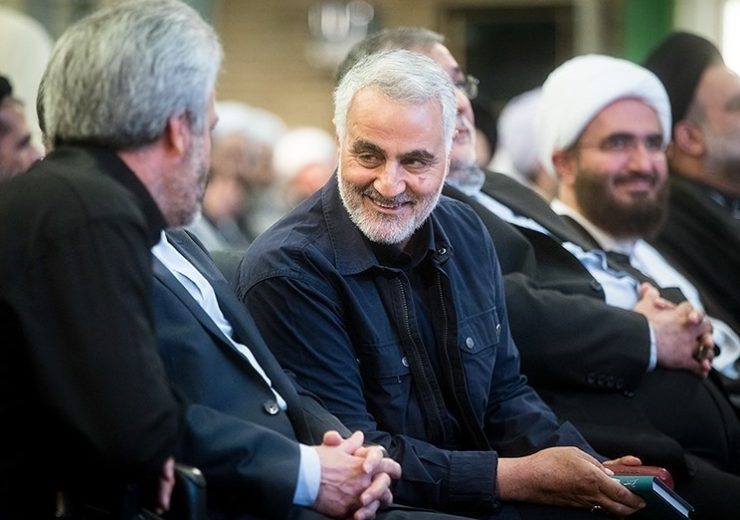 A global oversupply of oil will limit near-term risks to the international crude market in the aftermath of the assassination of Iran’s Qassem Soleimani — provided there is no major escalation in the conflict.

Brent crude prices currently stand at around $68.5 per barrel, having briefly surpassed the $70 mark in trading yesterday, as geopolitical tensions run high following the US hit on the influential Iranian military general last week.

The current cost is roughly 5% up on prices before the missile strike in Baghdad on 3 January, with Brent crude having averaged around $64 per barrel throughout the year.

But, according to business intelligence firm GlobalData, the fact that global oil supplies have recently outpaced demand – in December Opec+ members agreed to curb production in a bid to stabilise the market – means there is an oversupply providing a buffer against significant short-term risks amid the heightening tensions.

Soleimani was a high-ranking general in Iran’s Revolutionary Guard and the head of its elite Quds military unit, and his killing by a US missile strike has fuelled existing tensions between the two countries.

The anticipation of retaliatory action by Tehran against US interests in the Middle East or its allies has driven concerns over market disruption, particularly in the volatile Strait of Hormuz shipping region — through which more than 20% of global oil supply passes and where tankers were targeted by Iran just last year.

But GlobalData managing oil and gas analyst Will Scargill believes that unless there is a major escalation in the conflict between the US and Iran, the global oil market is in a strong position to weather the current situation.

He said: “Increased tensions between the US and Iran following the assassination of Qassem Suleimani certainly add risk to the global oil market.

“The potential for disruption to major supply centres was brought into sharp relief by the attacks on Saudi Aramco’s Abqaiq and Khurais facilities in September 2019.

“However, it should be remembered that the wider market context is one of global oversupply, with the Opec+ group having agreed additional production cuts last month.

“Oil prices soon returned to previous levels after the September attacks, despite these having temporarily taken out around 5% of global supply.

“Therefore, the effect on the oil market of these heightened tensions is likely to be time- and value-limited.

“More significant market effects would likely only come from a major escalation in Iran’s response, such as major disruption to oil transit through the Strait of Hormuz.”

Iran’s response to its top general’s killing so far remains to be seen, but a war of words between Tehran and Washington has ensured tensions remain high days after the assassination.

Earlier this week, the US state department issued a security alert warning travellers in the Saudi Arabia region over the “the heightened risk of missile and drone attacks” around oil and gas facilities in the country.

#SaudiArabia: Heightened risk of missile/drone attacks, particularly in Eastern Province and near Yemeni border, near military bases and oil/gas facilities. In the past, actors hostile to Saudi Arabia conducted attacks against civilian/military targets. https://t.co/Tz4UwlZsXZ pic.twitter.com/0v6J9c2nL8

Reporting by the Financial Times suggests commercial shipping risk assessors have forecast a “high probability” of Iranian retaliation against US assets and allies in the Middle East, and that vessels travelling in the Strait of Hormuz are regarded as “high-value targets” by the regime.

GlobalData’s editorial director Richard Thompson added: “It is certain that Iran will strike back against US interests in the region and those of its allies.

“Iran’s Supreme Leader Ayatollah Ali Khamenei has described the killing as a criminal act and has promised retaliation. The question now is what will that retaliation look like and what will be the further consequences of that.

“Suleimani’s killing increases fears of war in the region and of major disruption to regional oil supplies through military or cyber-attacks against oil facilities.”