That is in contrast to the findings of UK oil major BP's 2020 “energy outlook” report, which warned that global oil demand might never recover to “peak” pre-pandemic levels 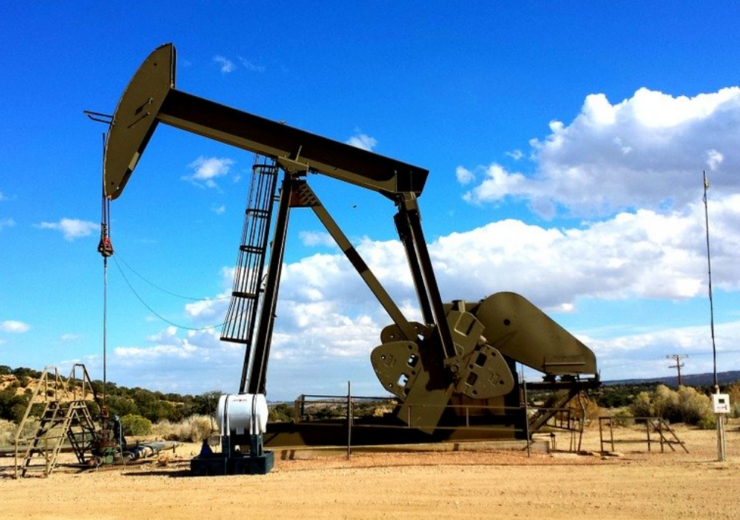 In the International Energy Agency’s February 2021 oil market report, it reported that global oil demand is set to grow by 5.4 million barrels per day (mbd) this year to reach 96.4 mbd (Credit: Max Pixel)

The conversation around peak oil demand has been one of the most hotly debated topics within the petroleum industry over the past few years.

In its 2020 “energy outlook” report, BP warned that global oil demand might never recover to “peak” pre-pandemic levels, amid a fundamental restructuring of the energy system towards low carbon.

The UK oil major said that in a net-zero scenario global oil demand could fall by as much as 80% by 2050. Two of the three energy-transition scenarios modelled by the outlook show peak oil demand is not expected to return to the heights of almost 100 million barrels per day (bpd) seen in 2019.

But, speaking on a panel at the IP Week conference, oil industry experts agreed that peak oil demand is unlikely to happen this decade.

“We don’t think it’s going to happen in the next 10 years,” said Dr Giovanni Serio, global head of market analysis at energy and commodities trader Vitol.

“I don’t think any of these two things will be meaningful enough to derail growth in the next 10 years.”

Covid crisis will force energy demand to be modelled differently

In the International Energy Agency’s (IEA) February 2021 oil market report, it reported that global oil demand is set to grow by 5.4 million bpd this year to reach 96.4 million bpd – recovering about 60% of the volume lost to the pandemic in 2020.

While the analysis noted that oil demand is expected to fall by 1 million bpd in the first quarter of 2021 from already low fourth quarter 2020 levels as the market “remains fragile” in the early part of this year, a “more favourable” economic outlook underpins stronger demand in the second half of 2021.

But the IEA warned the forecasts for economic and oil demand growth are “highly dependent” on progress in distributing and administering vaccines, and the easing of travel restrictions in the world’s major economies.

Dr Leila Benali, chief economist and head of strategy at the Arab Petroleum Investments Corporation (APICORP), believes it will be many more years before peak oil demand will come.

“This is simply because I think the main impact of this crisis is that energy demand will start being modelled totally differently,” she added.

Dr Benali believes the recovery will “not be synchronised” between countries and points to the US as an example, where recently-elected President Joe Biden is mobilising a $1.9tn Covid stimulus package.

“And those countries are on the verge of becoming fed states,” she added. “So, I think what we used to do as energy modellers to model demand is going to be totally different going forward and even the way we calculate the call on OPEC crude will be totally different.”

In BP’s “business-as-usual scenario”, in which energy policies and consumption habits continue without acceleration towards low carbon, world oil demand is seen to plateau in the early 2020s.

Increasing ‎efficiency and electrification of road transportation is expected to be the key driver of falling oil demand over the coming years.

But Alex Booth, head of research at Kpler, which provides data intelligence in commodity markets, said that on the consumer scale, the shifts that are needed to move out of the oil-focused market is going to be “very slow at the consumer level”.

“The changes in consumer trends, if we look at electric vehicles, yes there is great growth but the market penetration at this point in time is still so low in the vast majority of the world,” he added.

“It’s going to take a very long time for that to work its way through, so I can’t see us hitting peak demand any time soon.”

Policy implementation key to when peak oil demand will be reached

Helima Croft, managing director and global head of commodity strategy at investment bank RBC Capital Markets, believes one of the big issues around peak oil demand is what can be done on the policy front.

She said one activity she is keeping her eye on is the situation in Texas, US, where deadly blackouts left millions of people without electricity and heat for days in subfreezing temperatures in February.

Generators powered by gas, wind, coal and nuclear energy all faltered during the record freeze, with some politicians laying the blame for the power shortages on frozen wind turbines – but fingers have also been pointed at the role of natural gas systems in the fossil fuel-reliant state.

Croft questioned whether the situation in Texas has “changed the dynamics” on Capitol Hill, the seat of the US government, about “pushing through things like tax breaks for wind and solar now that you have more questions about what happened with turbines in Texas”.

“Is that going to potentially mean that you can’t get a consensus on some of these key issues that we thought potentially was going to be there?” she asked. “So, I think it’s going to be policy dependant going forward.”

Professor Meghan O’Sullivan of Havard University’s Kennedy School of Government said questions around peak oil demand were tough to answer a year ago and admitted they are even more difficult today following the Covid-19 crisis.

“I think if we gather a year from now, we will have a much clearer sense on whether this moment that we’re in right now really is an inflexion point for how the world addresses climate change and how the world is pushing for it.

“I think there is certainly a sense in the US that we well could be at an inflexion point in how the US engages on this and certainly we’re looking to COP26 at the end of this year – and that will be really revealing.

“This is the time which countries were supposed to come to the table with much more energised and aggressive plans to decarbonise their economies. We will get a sense of whether the world is really serious about moving forward in a way that we’re going to see policies rather than just rhetoric. So, I think this year will be a consequential one.”