The Norwegian energy firm's boss claims that decarbonisation is not going to be possible without industry, governments, consumers and investors all working together 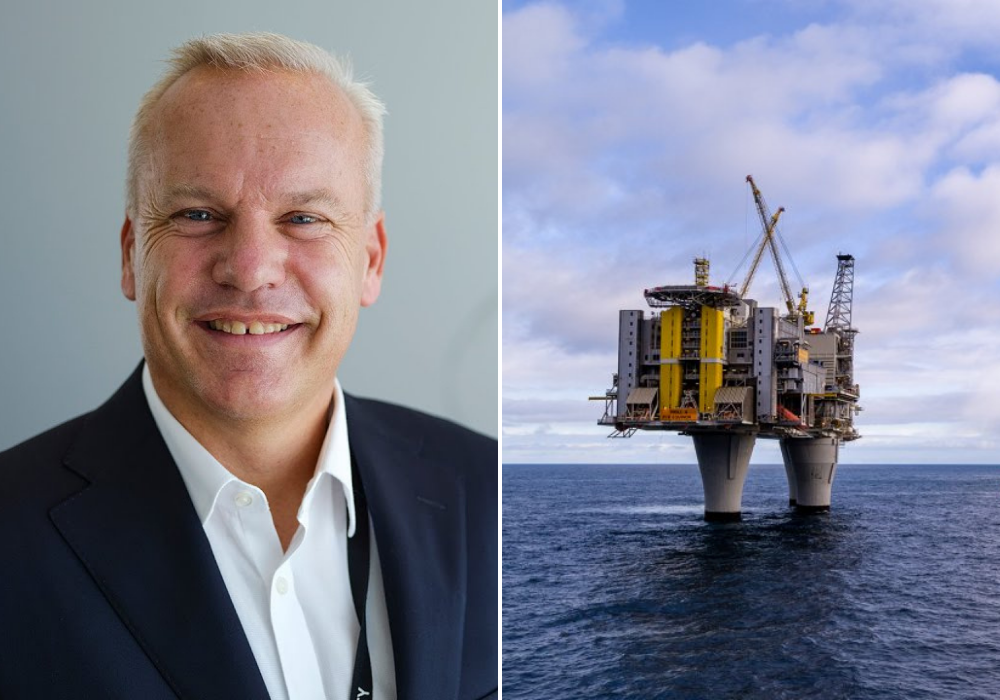 On taking up the position as Equinor CEO in November 2020, Opedal announced the firm’s ambition to reach net-zero emissions by the mid-century (Credit: Equinor)

This comes as pressure continues to rise on oil and gas producers to tackle emissions from the high-polluting industry and to revamp their portfolios amid the energy transition.

But, speaking at the IP Week conference today (24 February), the boss of the Norwegian majority state-owned energy firm affirmed that decarbonisation is not going to be possible without industry, governments, consumers and investors all working together.

“The energy transition is here,” said Opedal. “We need to really work hard to optimise how we produce oil and gas, how we bring new renewable energy to the world, and how we are also able to contribute to decarbonise and reach net zero by 2050.”

How Equinor aims to reach its 2050 net-zero emissions targets

On taking up the position as Equinor CEO in November 2020, Opedal announced the firm’s ambition to reach net-zero emissions by the mid-century as part of its plans to become a “broad energy company”.

The commitment built upon its goals presented earlier last year to achieve carbon neutral global operations by 2030 and to reduce its absolute greenhouse gas emissions in Norway to near zero by 2050.

“We see that society is changing and the energy transition is a big theme that we will see for the next few decades, and we are always looking into what Equinor can do in the transition.”

The Equinor chief said his firm wants to be a “leading company” in the energy transition and pinpointed three focus areas that will help it achieve its goals.

Firstly, it will optimise its oil and gas production to make sure it’s “as profitable as possible”, while also producing “as little emissions as possible”.

As an example, Opedal highlighted Equinor’s large Johan Sverdrup field in the North Sea, which is producing 500,000 barrels a day with less than 1kg of carbon dioxide per barrel – a return he claims is 20 to 25 times lower than the global average.

Another step is to “accelerate profitable growth in renewables”, with a particular focus being placed on offshore wind – a segment the company has now been involved in for 15 years.

The final area evolves around decarbonisation and low-carbon solutions – an area Opedal said Equinor has been working on for “several years”.

“We have stored CO2 on the Norwegian Continental Shelf for more than 25 years, with more than 26 million tonnes (Mt) already,” he added.

“So, we know this technology and now, together with Shell, Total and the Norwegian government, we are actually executing the Northern Lights Project to store 1.5 Mt a year – picking up CO2 from industry’s in Europe that cannot decarbonise well with electricity.”

Looking ahead to the next few years, Opedal said that alongside securing its growth in renewables, Equinor is also “very excited” about the potential for hydrogen and carbon capture and storage (CCS).

Cheaper forms of hydrogen currently exist – grey and blue – but fossil fuels are used to power the electrolysers that separate the gas from water, offsetting the environmental benefits of its end-use.

Green hydrogen is produced using exclusively renewable energy sources, such as wind or solar, so the entire process is effectively carbon-free.

“Since we have concrete projects already in place for both blue and green hydrogen, we will work very hard on those,” said Opedal.

“But there is one risk here and that is that I see there are some politicians and countries that like to make technology decisions already regarding hydrogen and CCS – and they would like to only move forward with renewable hydrogen.”

The Equinor boss believes this approach would be “too expensive” and would lead to the transition into hydrogen being “too slow”.

“I think it’s very important now that we become very technology agnostic, allowing the market to compete with the different technologies,” he added. “Because I think we need all of these technologies if we want to become net zero by 2050.

“So, we will do our part and invest in the technology we believe in, and then it’s up to us to be competitive in the long run.”