Major oil and gas companies are increasingly looking to invest in offshore wind, a trend hastened by the pandemic and its impact on commodity prices 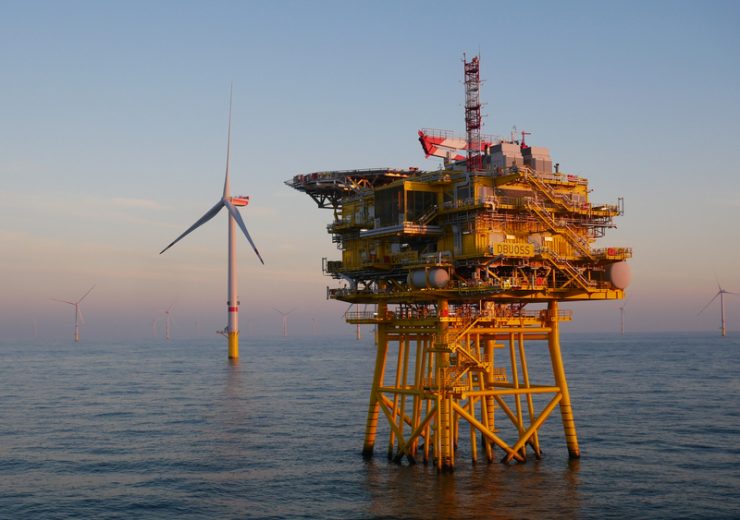 Several partnerships between the oil and gas industry and offshore wind developers have emerged in recent years (Credit: Kaisn/Shutterstock)

With Covid-19 turning the world’s economy on its head and oil prices taking a downturn, the oil and gas industry is accelerating its efforts to adapt and evolve – with many companies ramping up their efforts to diversify in partnership with the offshore wind sector, seeing an opportunity for both hydrocarbon extraction and turbine emplacement to coexist across a wide range of sites. World Expro writer Jim Banks talks to Søren Lassen, global head of offshore wind at Wood Mackenzie, about the meeting of two very different worlds.

The business of extracting oil and gas has, historically, been less vulnerable to market changes than most. In more secure economic times, the industry’s dominance of the energy mix is usually assured; in periods of recession, it is more likely to succumb to a time of gentle hibernation, with larger operators cutting back on platforms and drilling explorations like a gardener might to the branches of an unkempt hedge.

The Covid-19 pandemic, however, has pushed oil and gas into an existential crisis. As close to half the world’s population became subject to some form of lockdown, demand for energy across the board plummeted.

Gas pipelines were switched off and oil tankers were stranded in foreign ports, unable to offload their cargo. Faced with a massive drop in revenue, energy companies were forced to place countless future exploration and extraction projects on hold, or cancel them outright.

One might assume, then, that the eventual demise of the oil and gas industry might come sooner than expected. That seems altogether unlikely, at least if the efforts of some of the larger operators to embrace their counterparts in the renewables sector bear fruit. For several years now, companies like Total, BP and Equinor have been broadening their project portfolio to encompass numerous wind energy projects.

Whether oil and gas companies want to invest in this sector as a subsidiary to their main business as a way to use existing rig infrastructure for power generation, or to power the hydrocarbon extraction processes, there is undoubtedly a desire for the two sectors to form closer alliances.

Although the returns are lower for now, growth in wind is more stable – an attractive prospect for fossil fuel giants beset with visions of their core business collapsing in the next couple of decades. “There is more certainty in the pipeline,” says Lassen. “And that is very attractive to oil and gas players.”

Why is it so attractive, then, for wind operators to pair up with the likes of BP or Shell? It comes down to location. A combination of factors – from the world’s burgeoning demand for energy to the attitudes of local communities, to the placement of turbines onshore – has pushed offshore wind farms into deeper and deeper waters, where wind speeds are less volatile.

Oil and gas majors, for their part, can bring significant expertise and more when it comes to building in such locations.

“Capital is a very important part of it, but so too is the fact that the oil and gas industry is larger and has scaled up, so it has local connections in many markets around the world,” explains Lassen.

These older beasts of the energy world have lost none of their typical shrewdness in seizing opportunities when they present themselves. Lassen and his colleagues began to spot this in 2018, when the number of alliances between oil and gas majors, and their counterparts in the wind industry, spiked.

Seeing that the cost of investment was – at least to them – unusually low, many of these fossil fuel giants went on a spending spree. Spotting a stake in a wind farm was, says Lassen,“a relatively cheap play for an oil and gas company to position itself in a new market”.

Lassen singles out Equinor in this regard, which leads among its compatriots in the oil and gas sector when it comes to its investment in wind energy.

In early 2020, the Norwegian petroleum ministry approved Equinor’s plan to build a floating offshore wind farm in the North Sea to provide power to five oil and gas platforms.

The Hywind Tampen wind farm will be 140km off the coast of Norway and have 11 turbines generating 88MW. The company has been involved in the region since 2017, when it brought five 250m-high Hywind turbines to the offshore site.

Shell is another one of the big names aiming to build on its small but expanding presence in the wind industry. In late 2019, it bought the French floating wind company Eolfi.

“Eolfi has been a pioneer of floating wind development,” said Dorine Bosman, vice-president for offshore wind at Shell, at the time. “We believe the union of Eolfi’s expertise and portfolio with Shell’s resources and ability to scale-up will help make electricity a significant business for Shell.”

Such moves join the expertise, infrastructure and market knowledge of global energy companies to the dynamism of a wind industry fuelled, not only by growing demand and supranational goodwill, but also by a fanatical commitment to making renewable energy work.

The impetus and investment provided by oil and gas companies seeking to accelerate their energy transition will no doubt enable the offshore wind sector to forge new international industrial partnerships along the supply chain and further accelerate its growth. By that point, however, investment in turbines could become considerably more expensive.

“As the industry becomes more attractive, the market becomes more competitive for tenders,” remarks Lassen. “There is a trend towards joint ventures and partnerships because it is such a global industry now, and is rapidly becoming more so. So, it is challenging for offshore wind players to focus on just one particular market. As such, we are seeing more players forge alliances to tap into synergies and local know-how for key markets.

“The offshore wind players are usually large utilities, so they are hard to buy up, hence the alliances and organic growth,” Lassen adds. “Equinor – which has been in the market for a long time – and Shell are very different companies, and they are setting up alliances in very different ways.

“We are also seeing a lot of acquisitions on the supply chain side to create larger EPCI [engineering, procurement, construction and installation] players.”

Total is also pushing further into the renewables sector, with a stated intention of cultivating 25GW in wind energy capacity by 2025. The company is now a part of the Erebus offshore wind project as well, which will deliver a 100MW floating wind farm off the coast of Wales.

Elsewhere, Exxon is working with the Norwegian consultancy DNV GL to look into the use of offshore wind power to enhance the production of oil. The latter is proposing what it calls a ‘WINd-powered Water INjection’ (WIN WIN) project to provide a clean, reliable and cost-effective alternative for powering water injection in offshore locations.

Wind-powered water injection could be based on existing technology for off-grid, remotely-controlled operations, using an autonomous system moored in immediate proximity to the injection wells.

Partnerships need to be collaborative to prevent conflict

The advantages of partnerships between oil majors and offshore wind companies seem clear. Even so, Lassen urges companies on both sides to look beyond them and manage the potential difficulties that can arise when two such dynamic forces meet.

“There are some challenges, and we don’t have all of the answers yet,” says Lassen. “We have seen from some players in the supply chain that there is the potential to exaggerate the synergies between offshore wind, oil and gas, and neglect the differences – as offshore wind for the majority of its lifetime has been a niche.

“It is, therefore, important to have a balanced view where players are able to leverage the synergies while acknowledging the differences.

“They are two different industries, so transitioning from one industry to the other would also require investments,” he adds. “For companies looking to enter the offshore wind industry, it is important not to look at offshore wind as a niche but as a major growth industry, and invest accordingly to be competitive and capture future growth.”

One key factor to consider is that innovation has consistently proved to be a powerful force in the offshore wind industry. Partnerships must be able to adapt as systems evolve and projects scale up.

“The sector is very dynamic and the technology is changing,” Lassen remarks. “For instance, turbines are getting larger all the time. That has an impact on the whole supply chain. New facilities and new vessels are needed, so oil and gas companies coming into the market need to understand these dynamics when entering the market.”

We are seeing two competing industries converge and collaborate, so there will undoubtedly be a clash of culture in some areas. Nevertheless, the potential gains outweigh the pitfalls, so long as both sides share the same vision of the future.